Cooking Bacon-Wrapped Scallops Is An Easy Task For Highly-Skilled Chefs Only? 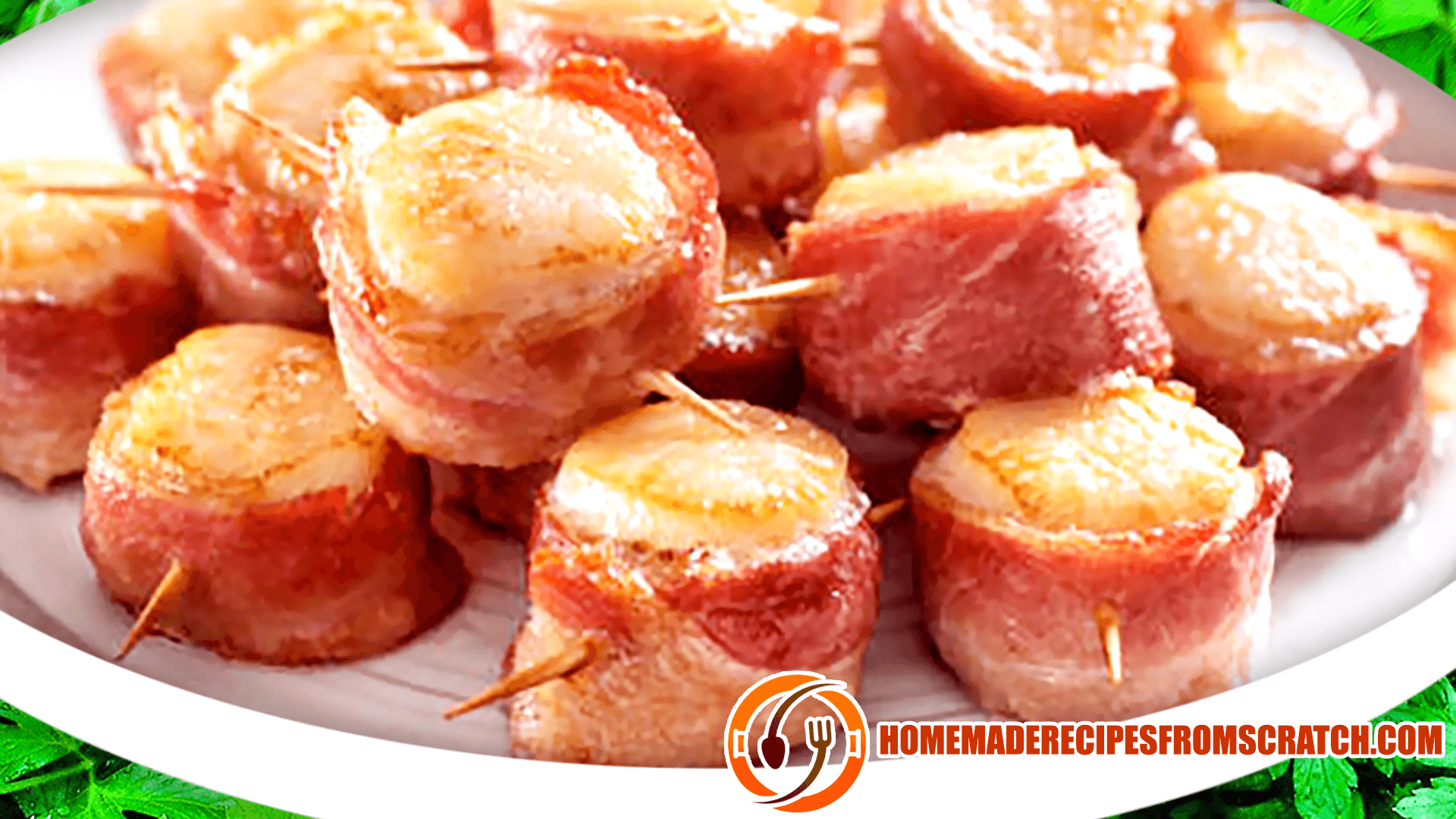 How To Cook Bacon-Wrapped Scallops

One of the best scallop recipes you have ever cooked!

➡️ Bacon-wrapped scallops belong to the gourmet dishes that you usually find at dinner parties, Oscar gala receptions, or Michelin-starred restaurants. Maybe you’ve heard of this old-fashioned but still popular seafood recipe and would like to cook it at home?

➡️ Scallops are one of the most popular shellfish in the world. They are delicious when simply pan-fried but to really bring out the best flavor, they should be seared in butter. Frying and searing are the most popular ways to cook scallops and, probably, you already prepared them so.

➡️ However, be aware that cooking bacon-wrapped scallops could be a more difficult task. Why? Simply because it’s quite challenging to cook both the bacon and scallops perfectly at the SAME TIME!

➡️ “Scallop is a common name that encompasses various species of saltwater clams or marine bivalve mollusks in the taxonomic family Pectinidae, the scallops.[…]”
📖 Read more on Scallop!

What are the health benefits of eating scallops?

➡️ Because they are rich in omega-3 fatty acids, scallops can play a role in reducing your risk of heart disease by balancing your cholesterol levels. The high magnesium content present in scallops can have positive effects on heart health. This mineral has a variety of benefits for your cardiovascular health, including lower blood pressure and improved circulation.

➡️ Cooking bacon-wrapped scallops needs little time but experienced cooking skills. Most often, the bacon is over-fried and the scallops are undercooked, so the dish doesn’t taste good at all. This is the challenge you have to face and find both the right temperature and the perfect frying time so that the food is as delicious as in a luxury restaurant.

➡️ Maybe seems incredibly difficult to cook scallops perfectly, but when they’re done right, they’re one of the most luxurious foods you can eat. The scallops wrapped in bacon for dinner are a fantastic choice when you want to eat seafood at affordable prices and impress your family and guests.

➡️ I must admit that I am not an expert in cooking seafood in general and scallops in particular. I live in the plains, far from the sea, so I only buy seafood from the supermarket. However, I really like it and never miss the opportunity to try a new recipe with such ingredients! See below 5 video recipes that will help you cook bacon-wrapped scallops!

Below is a culinary article that I found interesting about cooking bacon-wrapped scallops.

Bacon-wrapped scallops are, a trip to Boston reminded me recently, far better in theory than in practice. You see them lined up on platters at Faneuil Hall, passed around at glittery parties in Cambridge, on menus at luxe restaurants and raucous sports bars alike. The flavors marry exquisitely, but it’s almost impossible for anyone to finish cooking both ingredients at the same time, so the result is too often crisp-gummy, unpalatable, grim. Order them at your peril.

But do eat bacon and scallops! They’re swamp-Yankee surf and turf, a taste of New England wherever you stay. I love scallops scalded in bacon fat, as with Eric Kim’s marvelous recipe for seared scallops with glazed brussels sprouts (above), and I love them served raw atop crisp bacon, as in Mark Bittman’s recipe , not to mention when they’re mixed into the seafood chowder that Julia Moskin learned to make in the kitchen at Eventide Oyster Co. in Portland, Maine.[…] 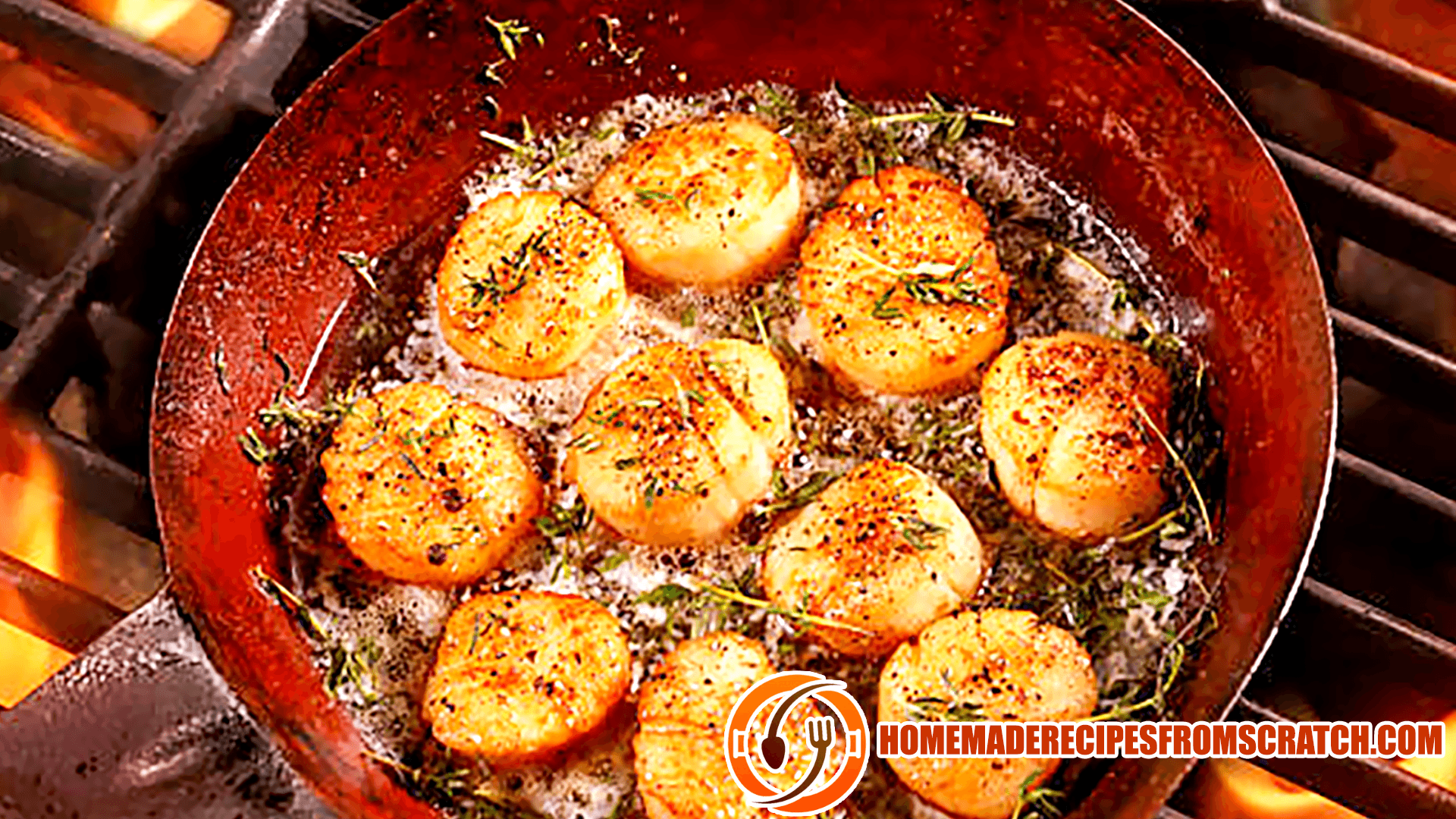 May 21, 2022
Scallops are usually considered luxurious food, expensive and difficult to cook. But cooking scallops for…
➡️ Read More