One of the most delicious Hungarian soup recipes you ever cooked!

➡️ Searching for easy chicken soup recipes in 2022? On this page, you can learn how to make Hungarian chicken soup with dumplings in 16 steps.

➡️ Don’t miss your chance to learn in the cooking video below how to make soup at home with the very best vegetable chicken soup recipe in the Hungarian style!

The Magic Story of Cooking Hungarian Chicken Soup with Dumplings

Video – How to Make Hungarian Chicken Soup with Dumplings from Scratch

What ingredients do you need to make the chicken broth? What ingredients do you need to make semolina dumplings? How to make Hungarian chicken soup with dumplings from scratch?

1) place chicken breast or whole chicken in a large pot (8-10 l/270-340 fl oz)
2) remove outer sheets from the onion, cut the ends, and add them to the pot
3) season the chicken soup with salt, peppercorn, and dehydrated vegetables to taste
4) peel root vegetables off, cut them into thicker sticks, then place sticks into the crock
5) fill the pot up with water, then place it on the stove over low temperature
6) boil the soup until both chicken and vegetables are soft, in the meantime remove the foam forming on the surface with a tablespoon several times to cook a very clear vegetable chicken soup
7) take meat and vegetables out from the chicken broth, then
pass chicken broth through a sieve to remove all impurities and have a clear soup
8) place the pot with chicken broth (3-4 ladles/serving) over low temperature and wait to warm up
9) meanwhile, break eggs into a bowl, then beat them up with a fork and season with some salt to taste
10) add sunflower oil, semolina, and a pinch of salt, then combine ingredients by hand until you get a very smooth dough
11) when the broth is very hot, place in the broth dough pieces of the size of about half a tablespoon
12) wait to rise semolina dumplings to the soup surface, it takes usually 3-5 minutes and is the sign they are soft and boiled
13) cover the pot with a lid and wait about 15 minutes before serving (recommended) – in this way semolina dumplings will be very fluffy from the steam which is accumulating in the pot
14) in the meantime, remove skin and bone from chicken breast or whole chicken and cut meat into strips or medium-sized chunks
15) serve 2-3 ladles of soup with several semolina dumplings on a deep plate, then add 1-2 boiled root vegetables and 1-2 chicken breast strips
16) sprinkle over the chicken soup with dumplings some chopped parsley leaves and grind some black pepper for a more spicy taste (optional)

What is Hungarian chicken soup?

➡️ Hungarian chicken soup is a clear soup, a consommé, called Újházi chicken soup. A consommé with entire pieces of chicken, chicken liver, and heart, with chunky vegetables and spices like whole black peppercorn, bay leaves, salt, and ground black pepper. The vegetables boiled along with the pieces of chicken are usually carrots, celeriac, parsley root, and parsnip. Soup vermicelli, semolina dumplings or thin Spätzle noodles, or small dumplings are also added to the soup. Even other vegetables may be used, such as green peas, a whole tomato and whole onions boiled along with the soup, mushrooms, asparagus, celery, green pepper, cauliflower, kohlrabi, green beans, or parsley, in different combinations.

Do you need baking powder to make semolina dumplings?

➡️ No, the semolina dumpling recipe shared on this page doesn’t call for baking powder.

➡️ Chicken soup with dumplings is one of the favorite recipes for chicken soup in many families in Hungary. In fact, this soup is one of the most popular soup recipes in many Eastern European and Balkan countries, including Slovakia, Romania, Croatia, and so on.

➡️ The chicken soup with dumplings is especially appreciated in winter when low temperatures and humid weather inspire people to eat hot soup. In addition, chicken vegetable soup with semolina dumplings is very nutritious and that means you don’t have to eat anything else after it to get full for lunch or dinner.

➡️ You may think that cooking a larger amount of food is not right for you. You probably don’t know that chicken broth, boiled chicken, and vegetables can be stored separately in the fridge for a few days, so you can make fresh soup for family or friends whenever you want. In addition, if you didn’t know by now, chicken broth can be stored in the freezer for a few months and used for soup or risotto.

➡️ In addition to dumplings, chicken broth is very good with noodles. That’s why I cook chicken noodle soup using this recipe. The cooking method is the same, except for the final part when you replace the semolina dumplings with the noodles.

➡️ Many people have already cooked chicken soup recipes and were not happy with the result because the soup was unclear. To enjoy the best results when making Hungarian chicken soup with dumplings, just follow two very important cooking tips to get a clear soup: remove the foam from the surface as it forms and boil soup at low temperature.

➡️ Those who prefer turkey to chicken can easily replace it. The turkey broth is cooked identically, so you can easily enjoy turkey noodle soup or turkey soup with semolina dumplings made in the same way.

➡️ If you haven’t eaten Hungarian soup before, I recommend this chicken soup with dumplings. You will probably like it a lot and therefore you will include it in the list of soups that you cook very often!

➡️ Enjoy the Hungarian chicken soup with dumplings from scratch! Looking for easy homemade chicken noodle soup recipes? On this webpage, you can learn how…
➡️ Read More Are you looking for easy homemade chicken soup recipes? On this webpage, you’ll discover how…
➡️ Read More Are you looking for easy chicken vegetable soup recipes? On this website, you’ll discover how…
➡️ Read More 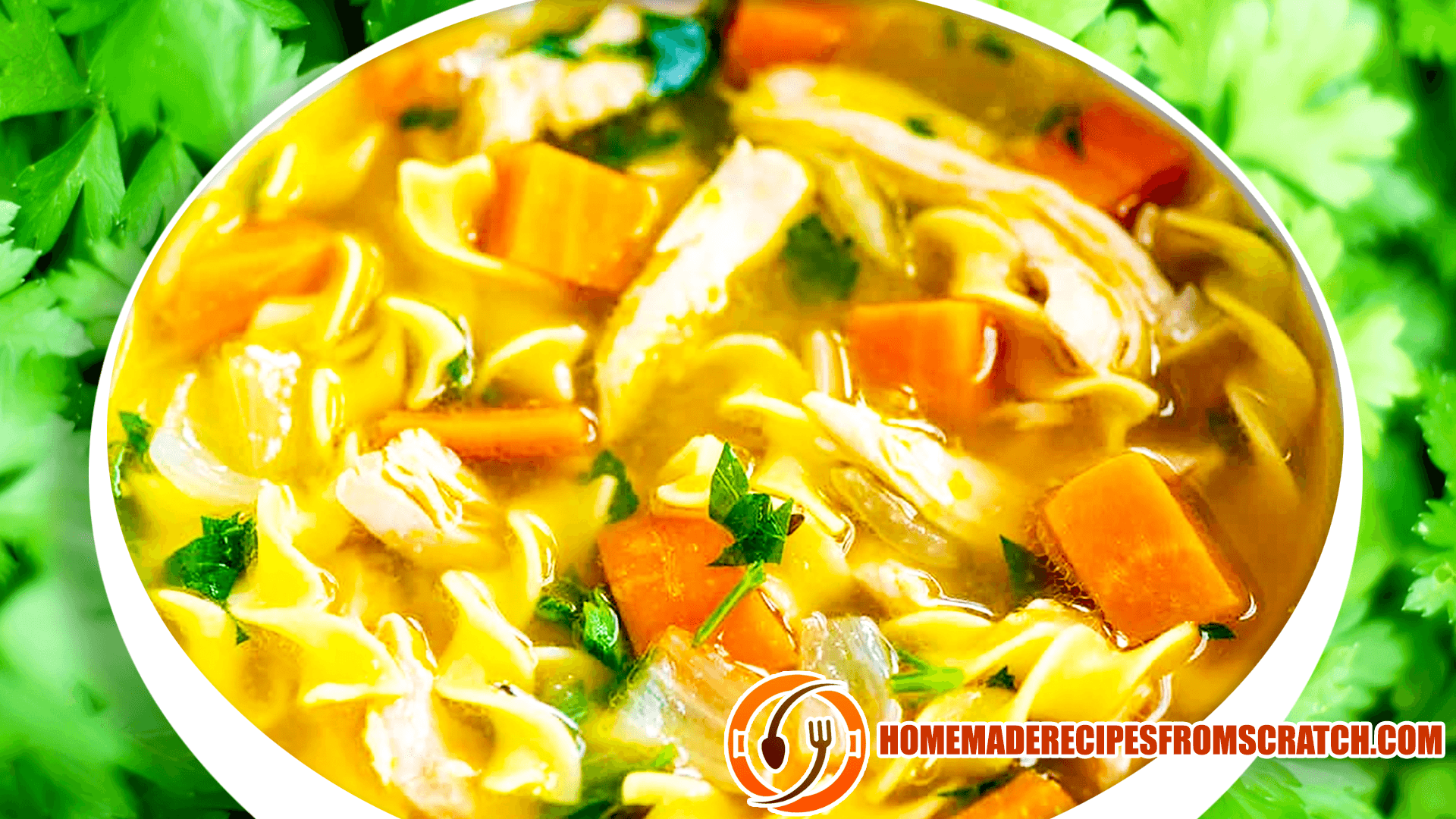 June 14, 2022
In the series of culinary articles about summer cooking, now it’s the turn of chicken…
➡️ Read More