Everything About Chocolate Babka Origin And Its High Popularity From Today Chocolate babka is the perfect recipe to indulge yourself with a very tasty dessert!

➡️ Chocolate babka is a sweet, moist bread that is traditionally made with a rich chocolate filling and a twisty, braided bread dough. It is believed to have originated in Eastern Europe, where it has been enjoyed for centuries as a special treat for holidays and celebrations. In recent years, chocolate babka has gained popularity in the United States as a tasty, indulgent dessert that is perfect for sharing with friends and family.

➡️ The exact origins of chocolate babka are somewhat unclear, but it is thought to have originated in the Jewish communities of Eastern Europe. Babka is a traditional bread that has been enjoyed in this region for centuries, and it is typically made with a sweet, rich filling that is rolled up inside a braided bread dough. The name “babka” is derived from the Slavic word for “grandmother,” and it is believed to have been named this because the bread was originally baked by grandmothers as a special treat for their families.

➡️ Over the years, chocolate babka has undergone many variations and adaptations, with different cultures and regions adding their own unique twists to the recipe. In some parts of Eastern Europe, chocolate babka is made with a rich chocolate filling that is spiced with cinnamon and nutmeg, while in other regions it is filled with a sweet, fruity jam or marmalade. In some cases, the chocolate filling is replaced with a savory filling, such as cheese or sausage, making it a versatile and adaptable recipe that can be enjoyed as either a sweet or savory treat.

➡️ Despite its Eastern European roots, chocolate babka has gained widespread popularity in the United States in recent years. This is largely due to the proliferation of artisanal bakeries and cafes that have begun offering this delicious treat to their customers. In many cities, it is now possible to find chocolate babka at local bakeries, coffee shops, and even grocery stores, making it more accessible and convenient than ever before.

➡️ One of the main reasons for the popularity of chocolate babka in the United States is its rich, indulgent flavor. The combination of soft, fluffy bread and rich, creamy chocolate is a winning combination that is loved by people of all ages. The bread itself is soft and moist, with a slightly sweet and buttery flavor that pairs perfectly with the chocolate filling. The chocolate filling is usually made with high-quality cocoa and is often spiced with cinnamon and nutmeg, adding depth and complexity to the flavor.

➡️ In addition to its delicious flavor and versatility, chocolate babka is also popular because it is relatively easy to make at home. While it does require some time and effort to prepare, the recipe is not particularly difficult, and it can be made with ingredients that are readily available at most grocery stores. There are many different chocolate babka recipes available online, ranging from traditional to modern variations, so it is easy to find one that suits your taste and preferences.

➡️ Overall, chocolate babka is a beloved treat that is enjoyed by people around the world for its rich, indulgent flavor and versatility. While it has roots in Eastern Europe, it has gained widespread popularity in the United States in recent years, and it is now a common sight at bakeries, coffee shops, and even grocery stores. Whether you are a seasoned baker or a novice home cook, chocolate babka is a recipe that is well worth trying. ➡️ Another important factor to consider when making chocolate babka is the filling. There are many different variations of chocolate babka filling, ranging from traditional chocolate to more modern variations like Nutella or peanut butter. Experiment with different fillings to find the one that you like best or try using a combination of fillings to create your own unique twist on the recipe.

➡️ When it comes to shaping and braiding your chocolate babka, there are a few different techniques that you can try. Some people prefer to shape their babka into a traditional braid, while others opt for a more modern twisty shape. Whatever method you choose, it is important to make sure that your babka is tightly braided or twisted, as this will help to prevent the filling from spilling out during baking.

➡️ Finally, be sure to give your chocolate babka plenty of time to rise and proof before baking. This will help to ensure that it develops a soft, fluffy texture and a rich, complex flavor. Once it is baked, your chocolate babka is ready to be enjoyed on its own, or you can serve it with a side of ice cream or hot fudge sauce for an extra indulgent treat. Chocolate babka is a rich, indulgent pastry made with a soft, sweet dough and a creamy chocolate filling. It's a traditional Eastern European treat that has gained popularity around the world for its irresistible flavor and soft, fluffy texture. Whether you're an experienced baker or just starting out, this recipe is sure to become a new favorite. Follow the steps below to create your own delicious chocolate babka at home.
Print Recipe Pin Recipe
Prep Time 10 mins
Cook Time 40 mins
Leavening 1 hr 40 mins
Total Time 2 hrs 30 mins
Servings 12 servings
Calories

➡️ In conclusion, chocolate babka is a delicious, indulgent treat that has gained widespread popularity in the United States in recent years. With its rich, moist bread and rich, creamy chocolate filling, it is a recipe that is well worth trying if you are a fan of sweet, indulgent treats. Whether you are an experienced baker or a novice home cook, chocolate babka is a recipe that is easy to make and sure to be a hit with friends and family.

➡️ Babka is a sweet braided bread that originated in Polish and Ukrainian Jewish communities. It is well-known in Israel and throughout the Jewish diaspora. Today, babka is very popular in some parts of the United States and Canada.
📖 Read more on Babka! January 30, 2023
When it comes to the origin of the traditional chocolate babka bread, the spirits are…
➡️ Read More 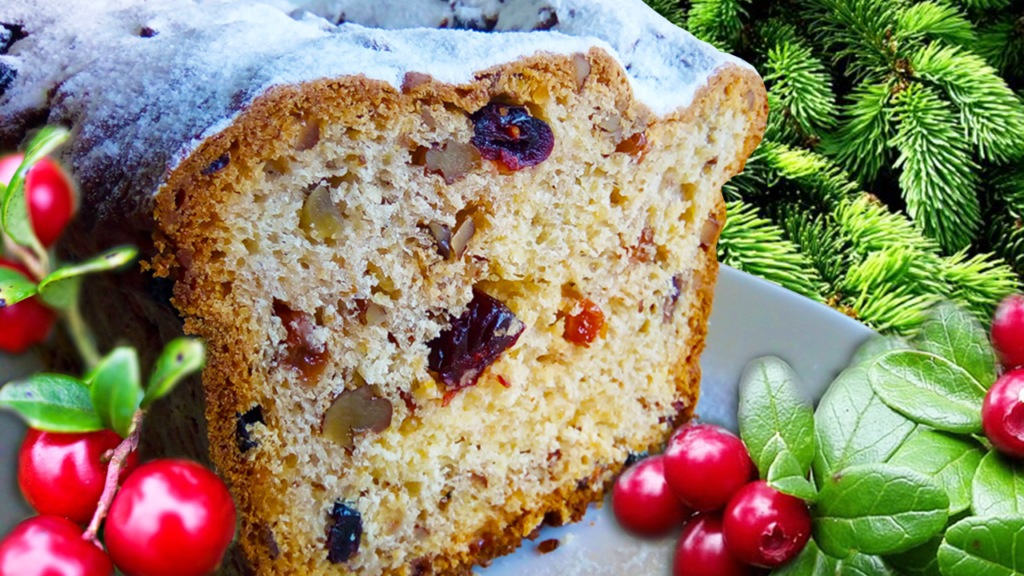 February 1, 2023
Looking for traditional German Christmas Stollen recipes? On this page, you can learn how to…
➡️ Read More