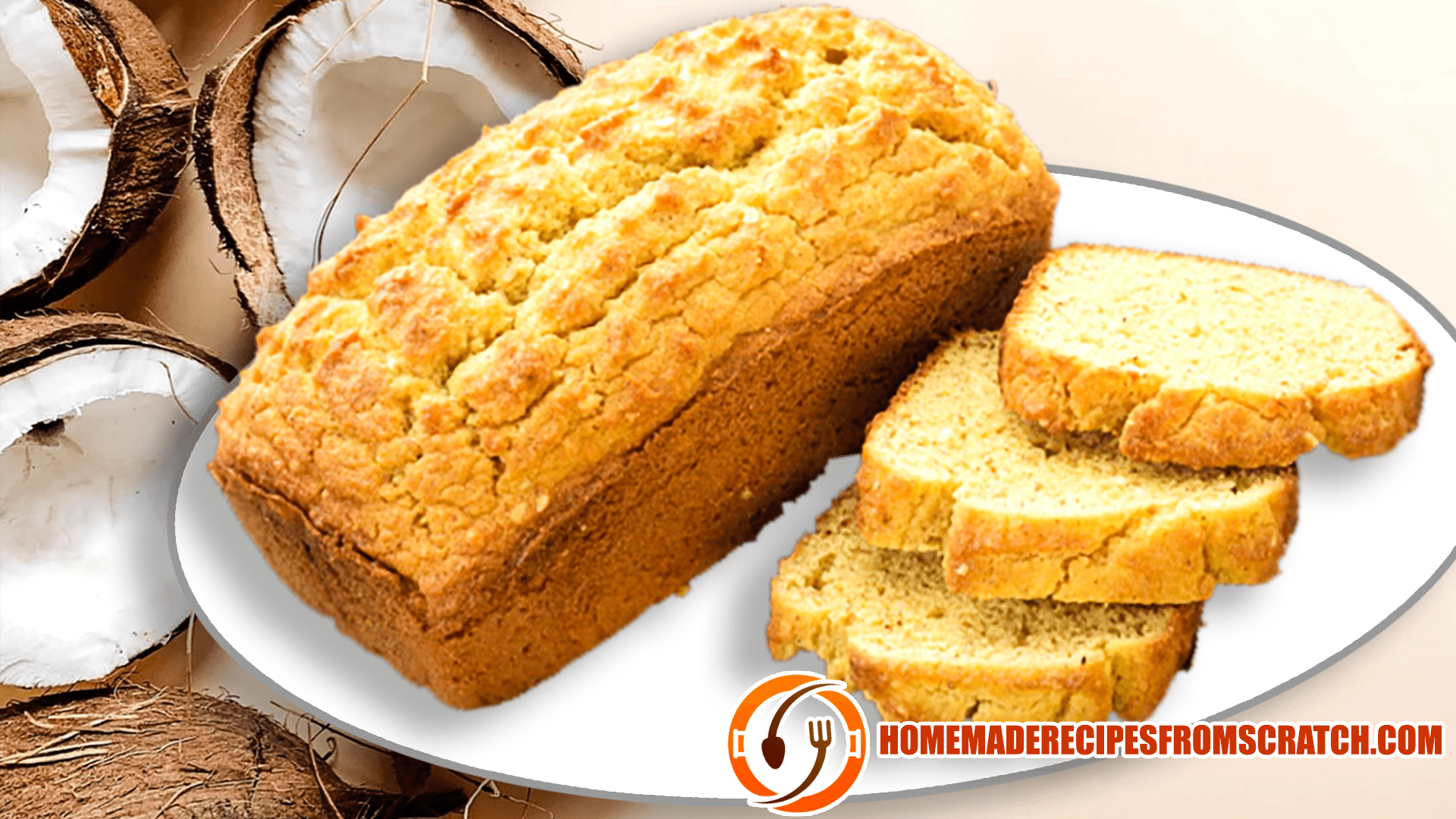 One of the best coconut bread recipes you’ve ever baked!

➡️ Traditional coconut bread is a thick, rich bread that is traditionally made from flour, shredded coconut, and coconut milk. You’ve probably heard of this famous sweet bread recipe and, possibly, you’ve even tasted it. It is particularly delicious with many exotic notes and today there are various new recipes, more sophisticated, which contain other flavors such as lemon, orange, ginger, and so on.

➡️ Coconut bread became so popular today not just because it’s very tasty but also because it’s one of the healthiest options for dessert. Because it tastes amazing and has potential health benefits, coconut flour is great for baking many cake recipes. Coconut flour is healthier because it has a lower glycemic index, and it also has more fiber and protein.

➡️ Coconut bread is one of the easiest recipes to bake a coconut cake. It is a simple sweet bread made of coconut milk, coconut flakes, and flour. The result is very soft and tasty, especially when you add a flavored icing with lemon or orange. Coconut bread recipes can be used as a convenient way to throw in some coconut when want to bake something quick, easy, and delicious.

What is sweet bread?

➡️ “Sweet bread, also referred to as pan dulce, buns, or coffee bread is bread or cake that is typically sweet in flavor. Some sweet bread, such as Portuguese Pao Douce, may be prepared with potato flour, which imparts a sweet flavor and light texture to them. Some sweet bread that originated as cake bread, such as lardy cake, Bath buns, and Chelsea buns, are classified as sweetbreads in contemporary culinary taxonomy, even though some still have the word “cake” in them.[…]”
📖 Read more on the List of Sweet Bread!

What is coconut bread?

➡️ Coconut bread is delicious and nutritious sweet bread from the north of Guatemala. It’s a traditional recipe that’s been around for a long time. Coconut milk and shredded coconut are both used in this sweet bread recipe to create a tasty dish. Izabal, located on the Atlantic coast of Guatemala, has a Caribbean flair and offers many Garifuna dishes with an African-Caribbean background.
Today, there are also available coconut bread recipes in which wheat flour is replaced with coconut flour.

➡️ Enjoy baking coconut bread from scratch! 👌 Leave a comment on this topic!
0
Do you like sweet bread? Explain briefly why!x
🔎 What is cooking? ⬇️

Making Coconut Bread Is A Breeze!

➡️ If you are a beginner in the culinary arts, you may think that baking coconut bread is complicated and requires sophisticated ingredients. On the contrary, it is one of the easiest sweet bread recipes, and ingredients such as coconut milk or shredded coconut are found today in most supermarkets.

➡️ When you want to take a tropical break the next time along with tea or breakfast, make an easy coconut bread that’s great also for eating plain. It’s full of flaked coconut and tastes like cinnamon or other flavored spices with exotic origins, but doesn’t contain a lot of sugar! So, it’s a fantastic choice for your dessert or snack, whether you’re on a diet or not!

Below is a culinary article that I found interesting about making coconut bread.

This bread layers on the coconut flavours with coconut oil, coconut sugar, coconut extract, coconut yogurt and coconut flakes and the lemon is represented with lemon zest and lemon juice. This lemon coconut bread is amazing all by itself and I also enjoy it topped with a coconut and lemon flavoured cream cheese frosting. I like to make this bread on the weekend and enjoy it then and the leftovers are great during the week, whether for breakfast, dessert or snacks![…] 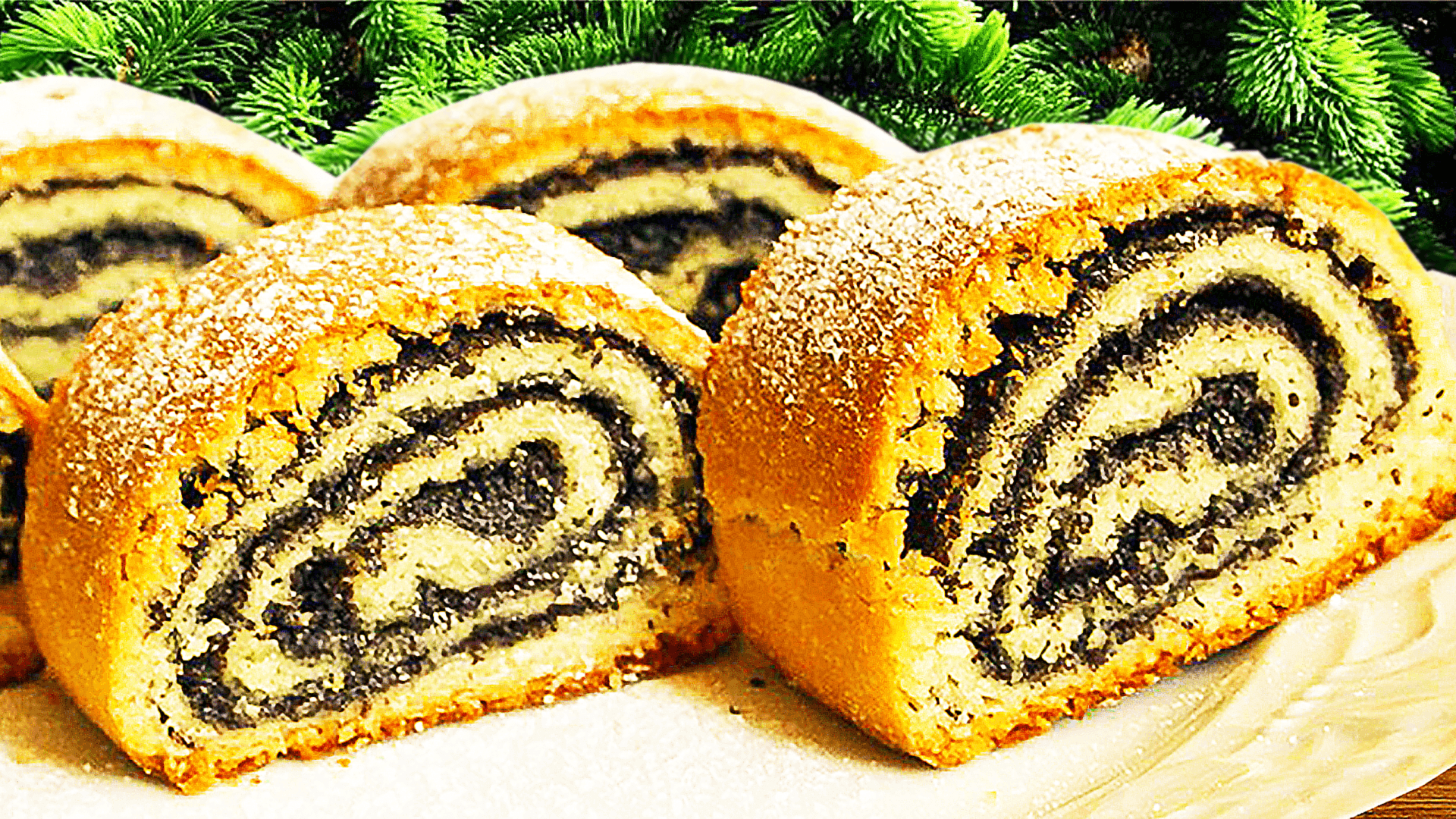 Searching for authentic poppy seed roll cake recipes? On this website, you can learn how to make an old-fashioned poppy seed cake from scratch in …
➡️ Read More

Looking for traditional German Christmas Stollen recipes? On this page, you can learn how to make stollen bread in 23 steps at home, one of …
➡️ Read More

When it comes to the origin of the traditional chocolate babka bread, the spirits are quite inflamed because Jews, Ukrainians, and Poles claim that their …
➡️ Read More