Easy cooking seared duck breast recipes – cooking duck breast in the pan in 7 steps at home like a chef.

Easy seared duck recipe for cooking duck breasts with simple and tasty ingredients such as garlic and more.

Learn in this cooking video how to make pan-fried duck breast using a tasty and easy seared duck recipe from scratch!

What ingredients do you need for the seared duck breast recipe? ❓ 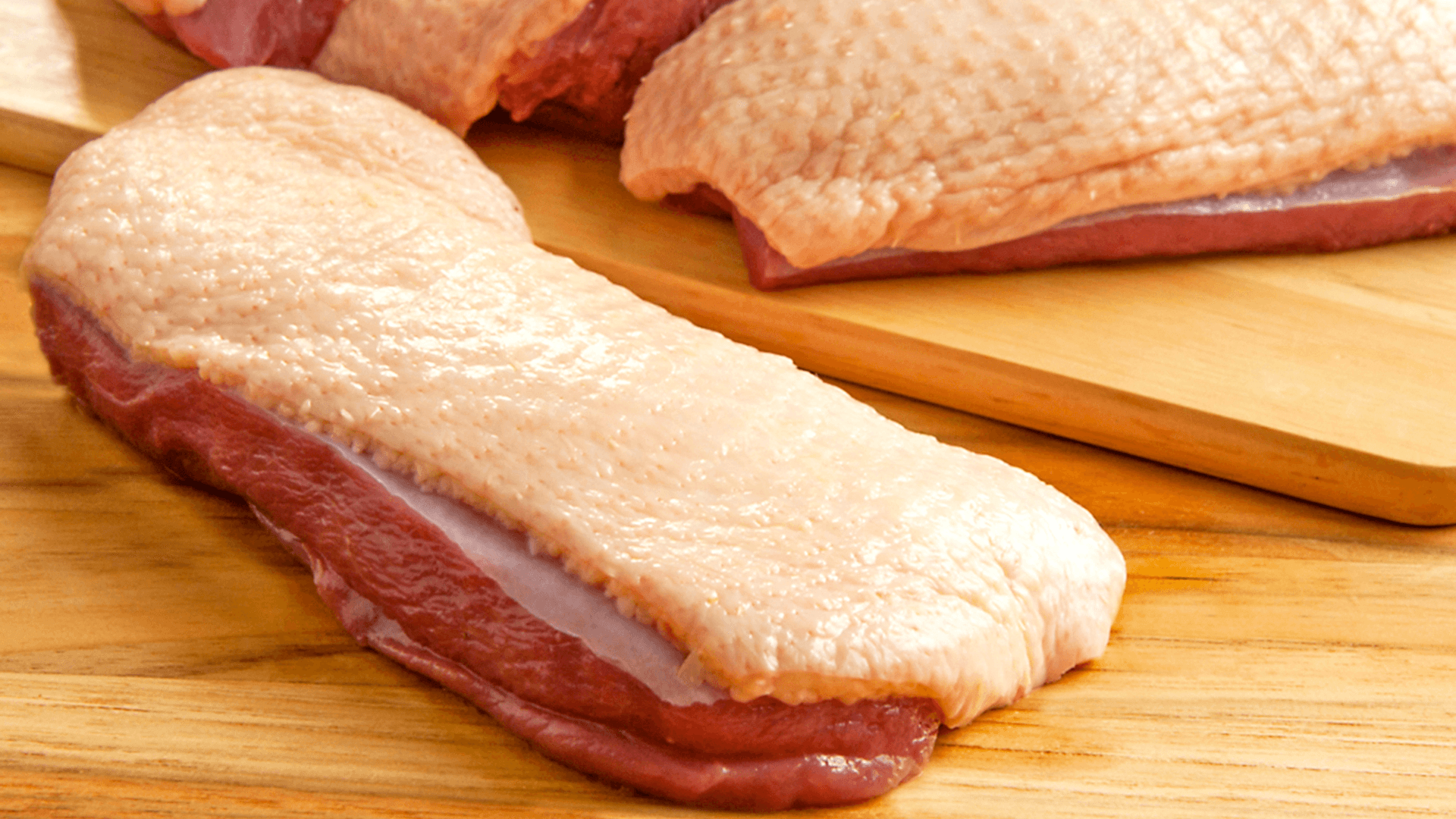 How to make seared duck breast from scratch? ❓ 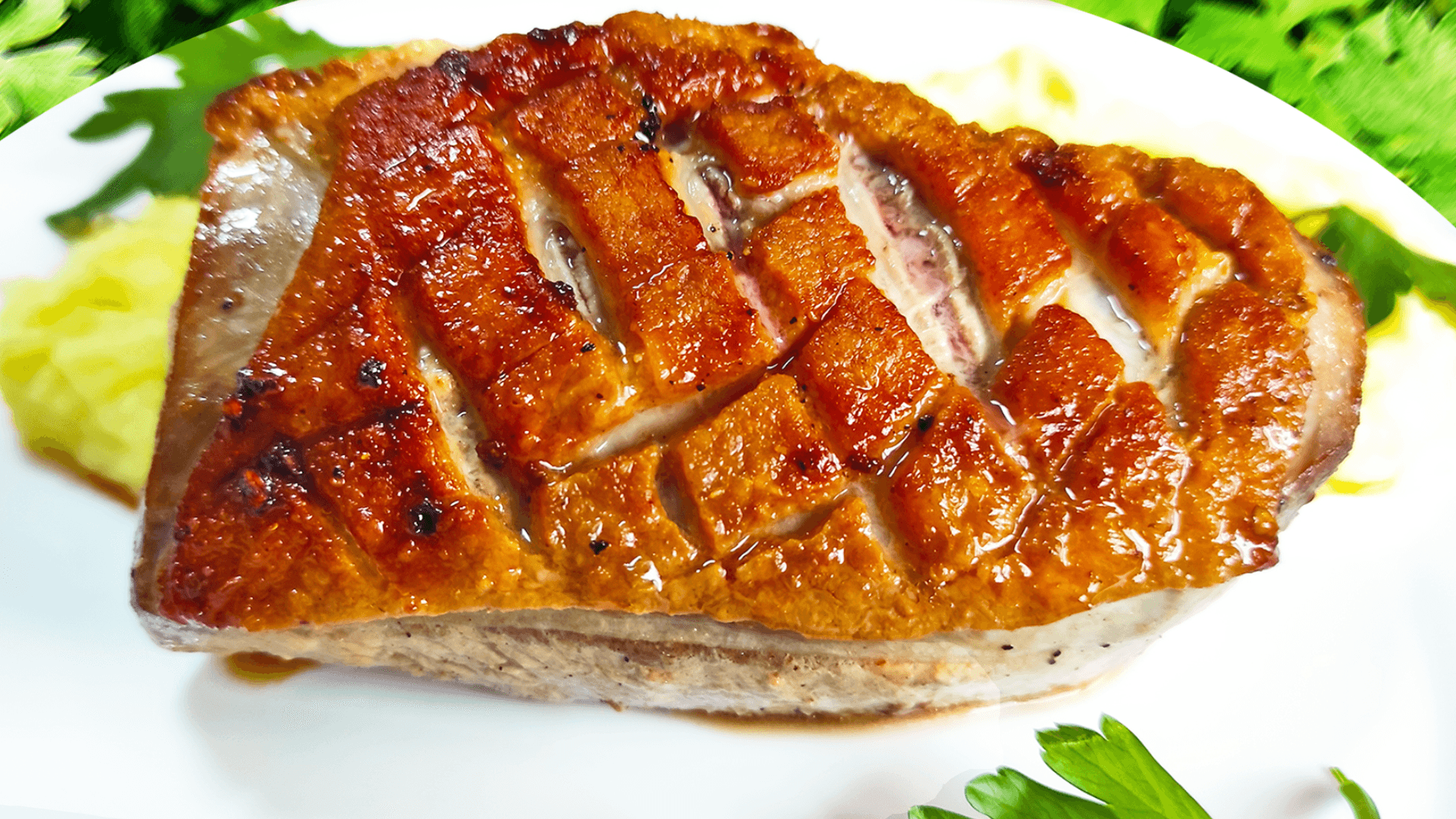 Step 1: notch the skin on the duck breast as in the video
Step 2: rub the duck skin with coarse salt
Step 3: put the pan over high temperature and wait for it to heat up
Step 4: put the duck breast in the pan with the skin down about 3-5 min
Step 5: season with salt, pepper, and garlic
Step 6: turn the breast pieces, reduce the temperature, put the lid on, and fry for about 5 min more
Step 7: take out the breast duck from the pan and serve it immediately

➡️ Tips for cooking duck breast in the pan 🔎

Duck breast is today one of the most refined food ingredients. Therefore, it is usually found in the menu of luxury restaurants and is usually very expensive.

Cooking duck breast in a pan is one of the simplest cooking techniques but it leads to fabulous results when done correctly. Those of you who do not master the technique of cooking in a high-temperature pan (searing) are invited to read more information below.

I will not go into detail about what is written below, but I will emphasize that cooking duck breast at a very high-temperature will guarantee that the result will be fragile and juicy.

Also, the crispy skin on the outside gives a fantastic look to the fried duck breast and your taste buds will be overjoyed by the extraordinarily delicious taste!

Those of you who have already watched the video have seen that cooking duck breast is very easy and accessible even to those without experience in the kitchen.

Moreover, the recipe requires few ingredients and short cooking time, so it is one of the best recipes you can use when you want to quickly cook food worthy of a gourmet for your family or guests!

Being simple, I don’t have many secrets to share about the fried duck breast recipe. However, one of the things I emphasize is to cook the breasts with the skin on, even if it looks full of fat.

Indeed, most of the duck fat is in the skin, but it will be mostly eliminated by frying at high temperatures (searing). In addition, you can remove the skin after frying if you really do not want to eat it. Keeping the skin on is crucial when cooking duck breast because it makes the meat tender and juicy during frying or baking!

Another thing I emphasize is the need to cook duck breast at a very high temperature. This is the only way to create a crunchy layer on the surface of the skin and remove a large amount of fat. If you try to cook the breast at a low temperature you will see that the skin will not fry but will boil in fat, and this will give it an unpleasant taste and appearance.

Not sure about what searing is? Just read below more information for better understanding this cooking technique.

Searing (or pan searing) is a technique used in grilling, baking, braising, roasting, sautéing, etc., in which the surface of the food (usually meat: beef, poultry, pork, seafood) is cooked at high temperature until a browned crust forms. Similar techniques, browning and blackening, are typically used to sear all sides of a particular piece of meat, fish, poultry, etc. before finishing it in the oven. To obtain the desired brown or black crust, the meat surface must exceed 150 °C (300 °F), so searing requires the meat surface be free of water, which boils at around 100 °C (212 °F).

Although often said to “lock in the moisture” or “seal in the juices”, searing has been demonstrated[1] to result in a greater net loss of moisture versus cooking to the same internal temperature without first searing. Nonetheless, it remains an essential technique in cooking meat for several reasons:

– The browning creates desirable flavors through the Maillard reaction.

– The appearance of the food is usually improved with a well-browned crust.

– The contrast in taste and texture between the crust and the interior makes the food more interesting to the palate.

1. It is surprisingly lean.

Contrary to popular opinion, duck meat is not necessarily fatty. In fact, most of the fat associated with it is actually found on the skin and can be removed during preparation or cooking.

Done right, duck meat can contain far less fat than those found in chicken breasts yet manages to be still full of flavor and nutrients.

2. Its nutrients come in strong portions.

Without a doubt, duck is high on protein and iron just like chicken. However, it is also rich in other nutrients like niacin and selenium. Both of these provide powerful boosts to your immune system.

3. Its own fat also has its uses and benefits.

Some duck recipes would recommend that you cook duck meat in its own fat rather than use oil (as a way to remove it). There’s a chance that these same recipes will also recommend preserving this fat for later use.

4. It opens up a rich variety of recipes.

If you’ve got quite a passion for cooking, then duck meat can provide a lot of opportunities for very satisfying recipes.

Four Benefits of Duck Meat That Make It More Than A Casual Luxury (https://pepesducks.com.au/four-benefits-of-duck-meat-that-make-it-more-than-a-casual-luxury/)