Easy corn salad recipes – how to make sweet corn salad with mayonnaise in 5 steps at home.

Easy corn salad recipe for making cold appetizers with simple and tasty ingredients such as canned corn, mayonnaise, and more.

Learn in this cooking video how to make corn salad with mayonnaise using a tasty and easy cold appetizer recipe from scratch!

Do you like corn? Write your reasons briefly!
0
Please leave feedback on this!x 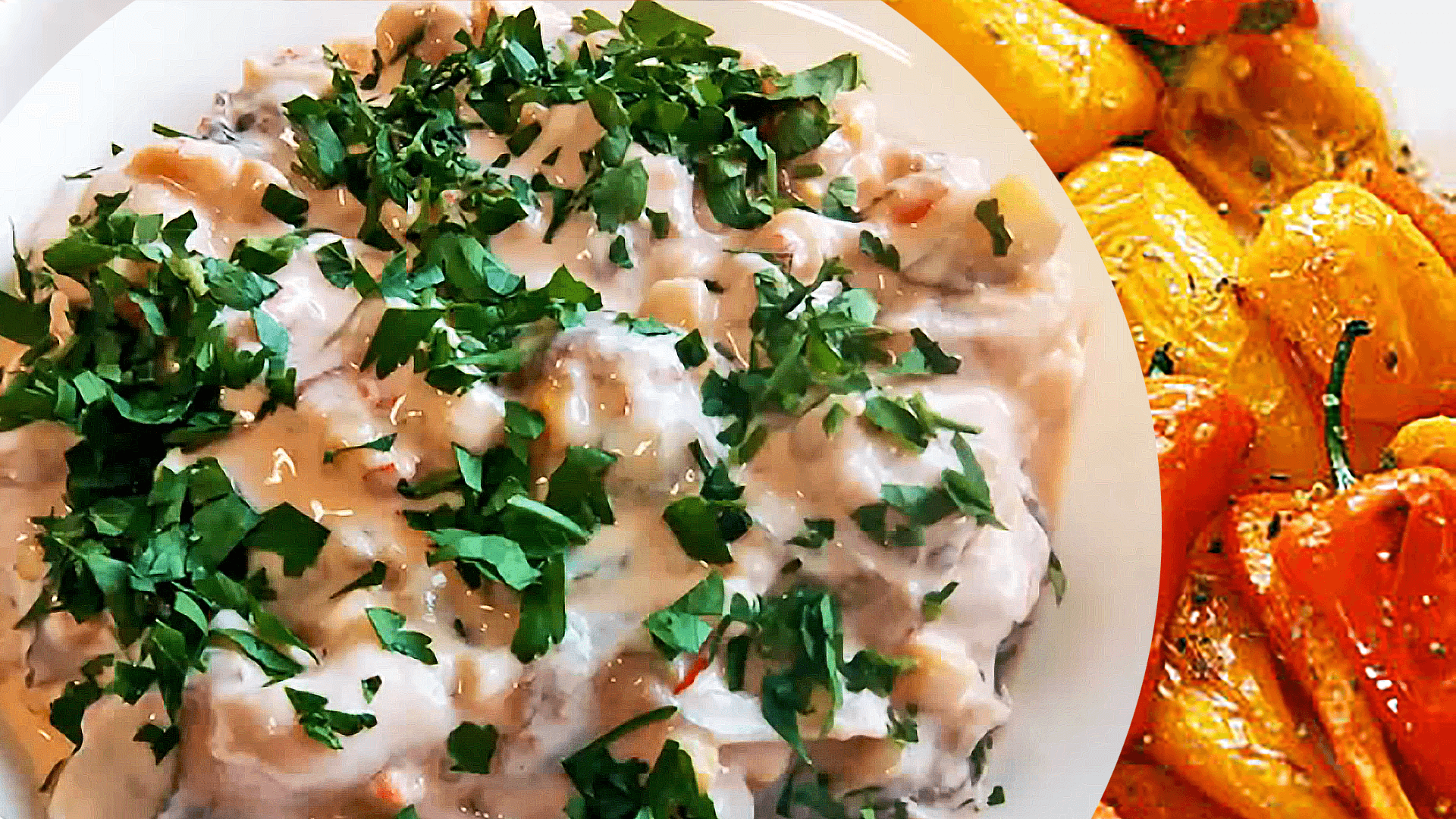 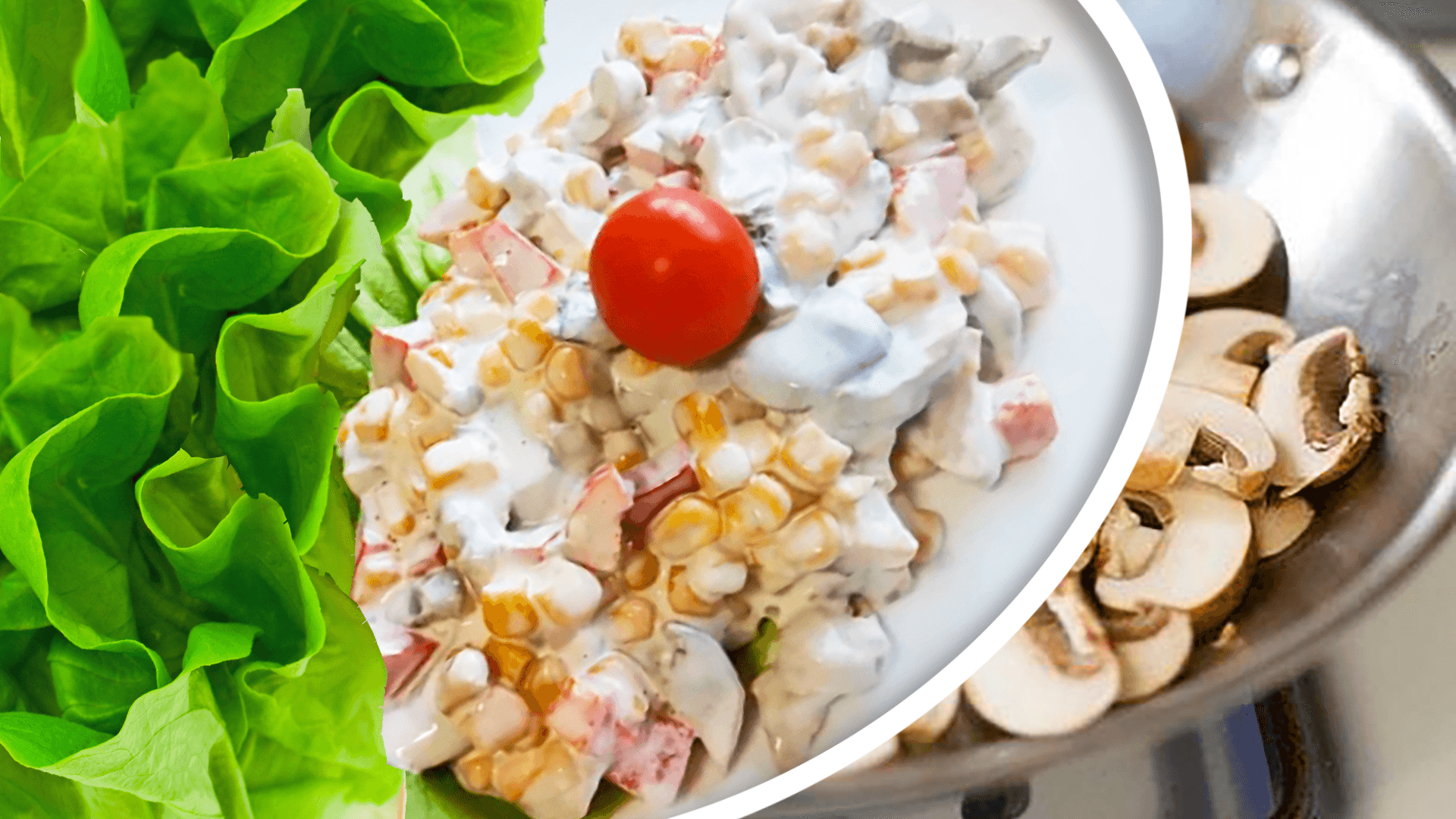 ➡️ What ingredients do you need for the corn salad with mayonnaise? ❓ 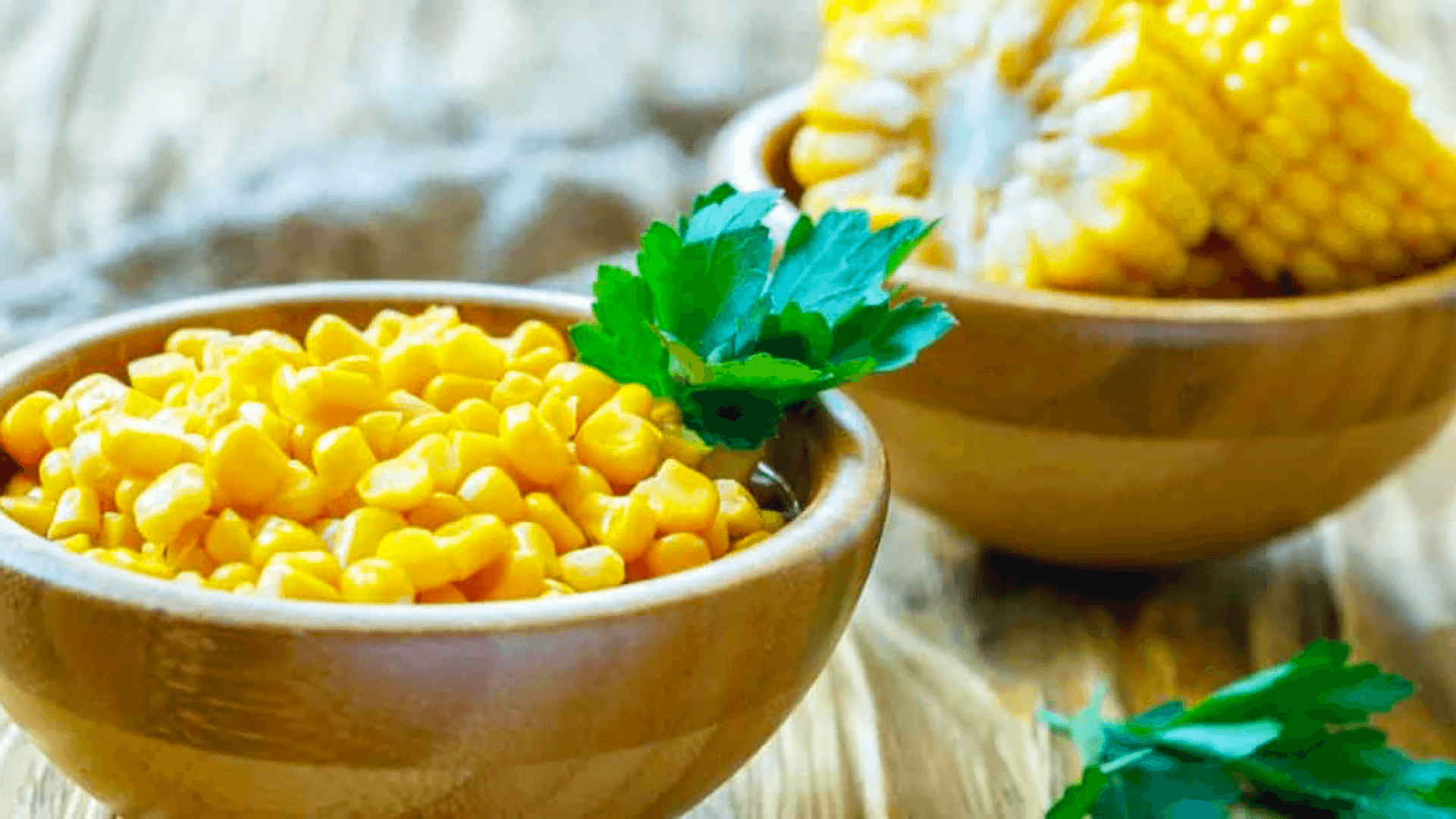 ➡️ How to make corn salad with mayonnaise from scratch? ❓ 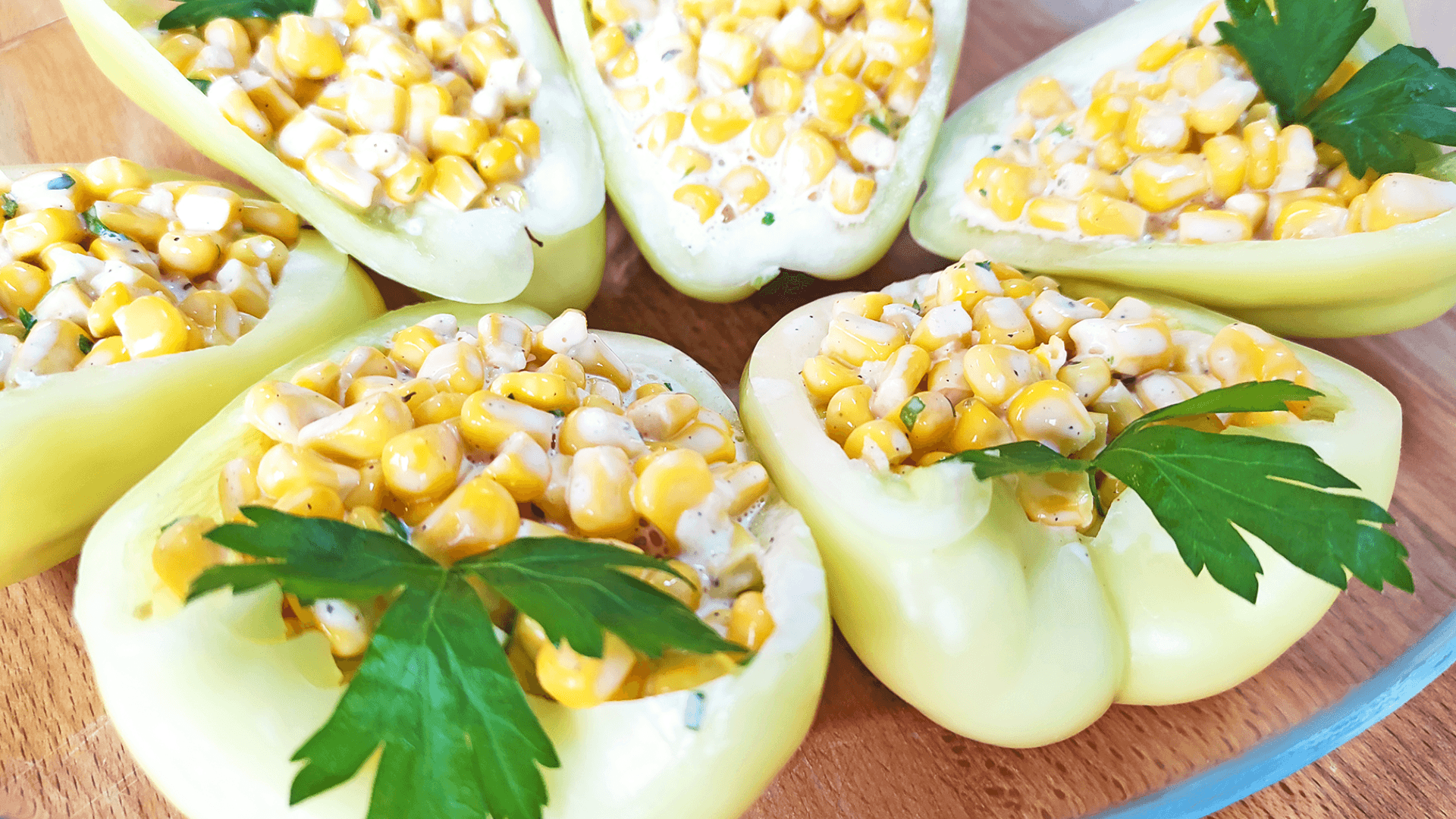 ➡️ Tips for making the corn salad recipe with mayonnaise 🔎

Corn would not be the first ingredient most people would think of when planning cold appetizers. However, corn is very tasty and can be included in many spectacular appetizers, only good to welcome guests to a party or a festive meal.

The recipe I share on this page is an example of a cold appetizer that is very easy to prepare, but very tasty, which includes corn. The necessary ingredients are few and very common and the preparation time is very short. Despite these things, the appetizer is exceptionally tasty due to the rich flavors offered by spices and garlic.

This dish belongs to the make-ahead appetizers type and can be used as party food as it is. It can also be used to prepare other more complex cold appetizers such as stuffed bell peppers (see the featured picture) or stuffed tomatoes, for example. In addition, you can use this salad appetizer as a side dish next to various foods with fried meat, especially in summer when it is very hot.

Not sure what an appetizer means? The information below can build you on the problem.

Typically smaller than the main dish, an hors d’oeuvre is often designed to be eaten by hand.

The term appetiser (American English: appetizer) is a synonym for hors d’oeuvre. It was first used in the United States and England simultaneously in 1860. Americans also use the term to define the first of three courses in a meal, an optional one generally set on the table before guests were seated.[9] Drinks before dinner became a custom towards the end of the 19th century. As this new fashion caught on, the British took inspiration from the French to begin serving hors d’oeuvres before dinner.[25]

A cocktail party is considered a small gathering with mixed drinks and light snacks.[26] Hors d’oeuvres may be served as the only food offering at cocktail parties and receptions, where no dinner is served afterward.[27] After the end of prohibition in the United States, the cocktail party gained acceptance.[8][9] Prior to the First World War, American dinner guests would be expected to enter the dining room immediately where drinks would be served at the table with appetisers.

This changed by the 1920s when hors d’oeuvres were served prior to a non-alcoholic cocktail; however, after the repeal of Prohibition in the United States, cocktail parties became popular with many different hors d’oeuvres meant as something to help counter the stronger drinks.[9][11] It is the cocktail party that helped transfer the hors d’oeuvres from the formal dining table to the mobility of the serving tray. These appetisers passed around the cocktail party may also be referred to as canapés.[11]

Though any food served before the main course is technically an hors d’oeuvre, the phrase is generally limited to individual items, such as cheese or fruit. A glazed fig topped with mascarpone and wrapped with prosciutto is an hors d’oeuvre, and plain figs served on a platter may also be served as hors d’oeuvres.[34]

It could be pickled beets or anchovy eggs as topping over tomatoes as part of the initial “drinks” session such as alcoholic or non-alcoholic beverages. They are also served in the forms of dips, spreads, pastries, olives, or nuts with or without a base of the egg, cheese, meats, vegetables, seafood, or bread.[29] Single cold items served are smoked salmon, avocado pear, caviar, pâté, shellfish cocktails, and melon with garnishes and decorations. Seasoned hot dishes served are vegetables, meat, fish, egg, pasta, cheese, soufflés, tartlets, puff pastry, or choux pastry.[35]

Would you have thought that corn can bring many benefits to your health? Read the information below on this topic.

Corn has several health benefits. Because of the high fiber content, it can aid with digestion.

It also contains valuable B vitamins, which are important to your overall health.

Corn also provides our bodies with essential minerals such as zinc, magnesium, copper, iron, and manganese.

Corn is a good source of the antioxidants carotenoids, lutein, and zeaxanthin, which promote eye health.

Since corn is considered a starchy vegetable, people with diabetes need to keep in mind that a ½ cup of corn (or a small ear of corn) contains 15 grams of carbohydrate and counts as one carbohydrate food choice.

Cash in on the health benefits of corn