Surely you’ve heard of Belgian chocolate pralines, but have you heard of French caramelized pralines? Probably not because they are less used today except in France and professional cake bakers who make French-inspired cakes.

An interesting thing about French pralines is that they have nothing in common with chocolate and are the original version that the Belgians took and turned into what today the whole planet knows are chocolate pralines, many of which have no traces of almonds or hazelnuts in their composition!

In the video below you can learn the classic French praline recipe to prepare a topping, a cake decoration, or a delicious dessert with simple ingredients such as hazelnuts and caramelized sugar.

ENJOY making French pralines from scratch! 👌
0
Did you ever make caramelized pralines? Share your experience!x

👌 How To Make Caramelized Pralines From Scratch – Video 📺

➡️ What ingredients do you need to make caramelized pralines? ❓ 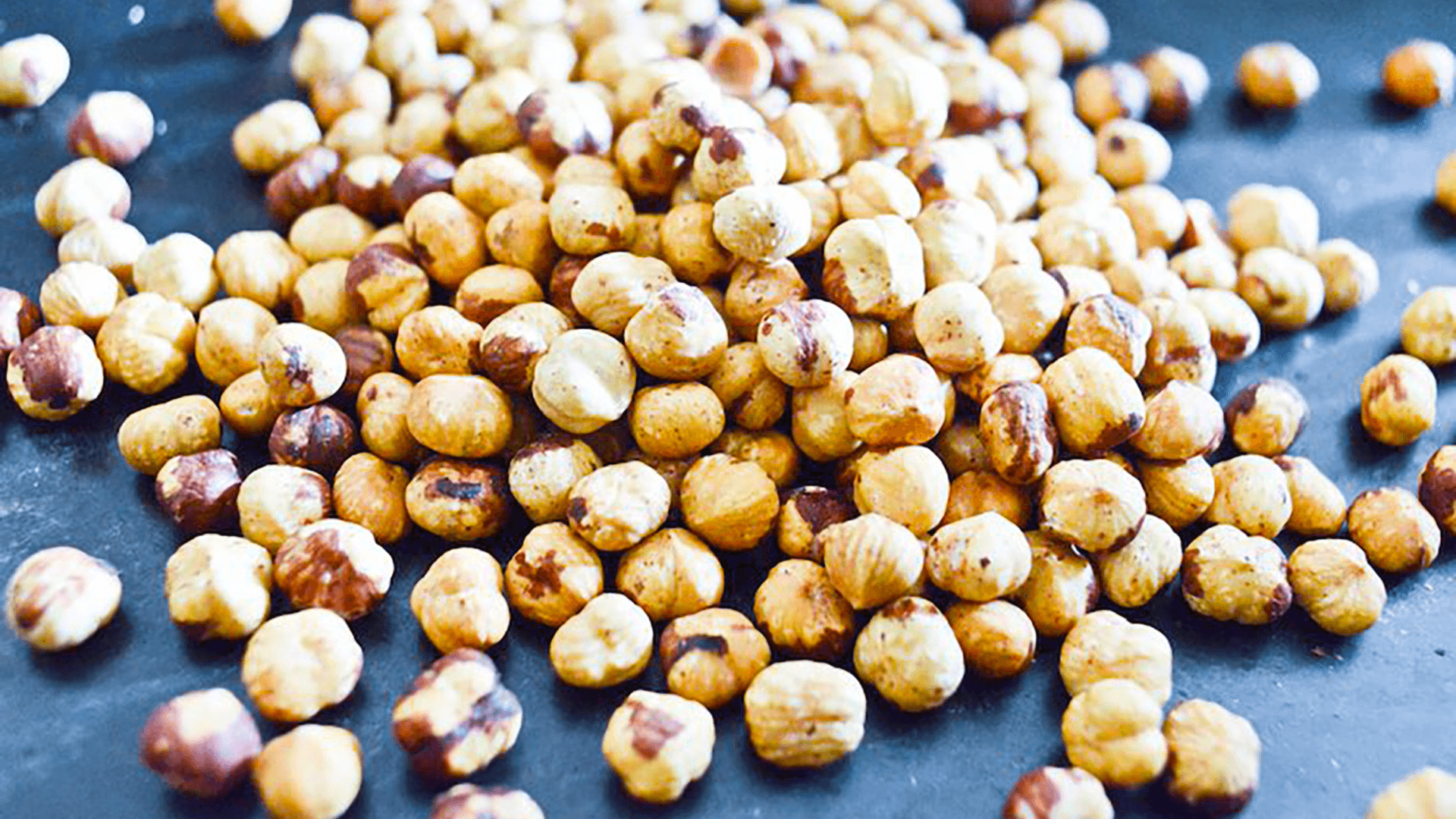 ➡️ How to make French caramelized pralines from scratch? ❓ 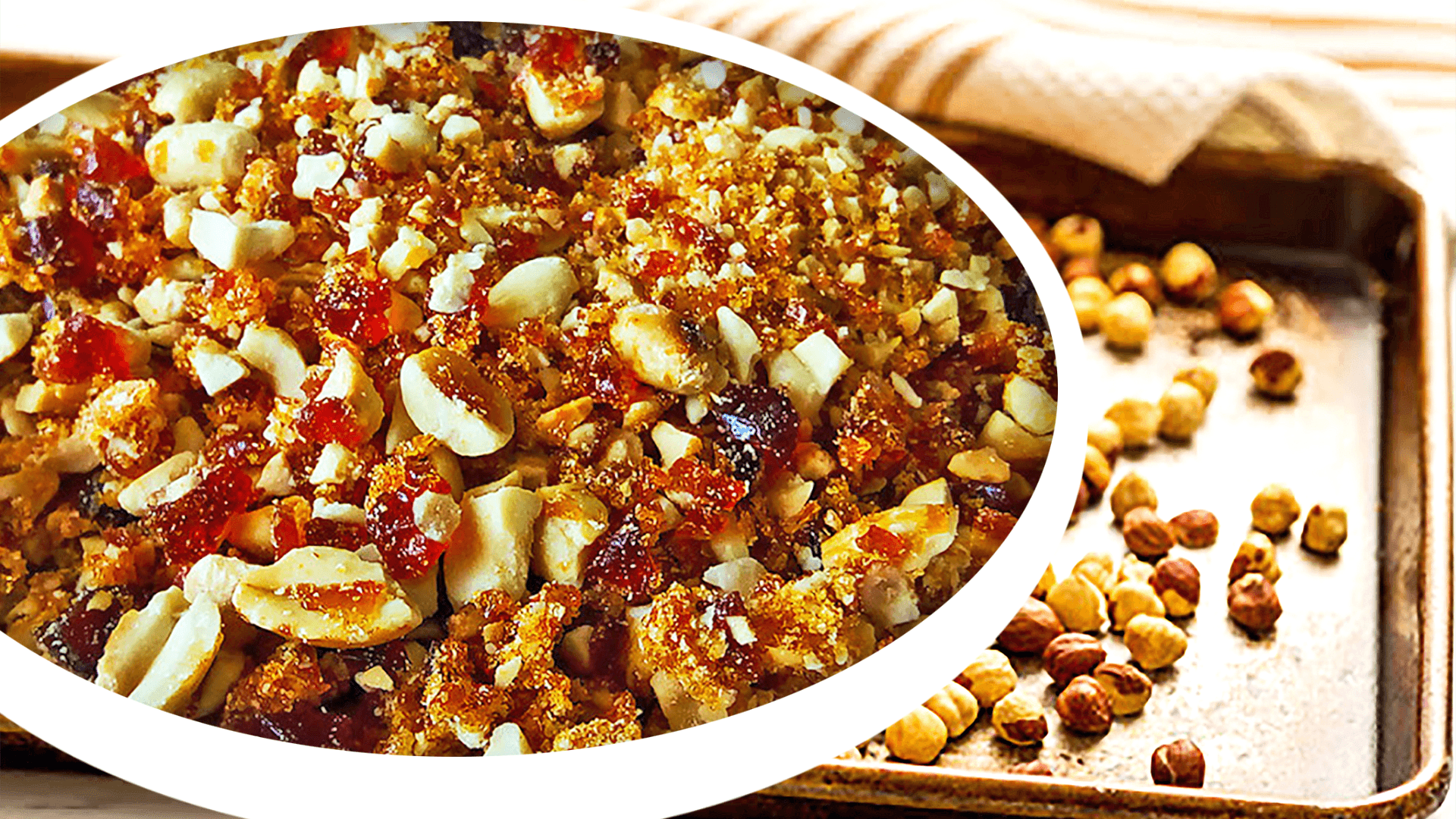 1) line a tray with baking paper, then place inside peanuts in a uniform layer (if you’re using ready-roasted peanuts, go straight to step 4)
2) put the tray in the oven and roast the peanuts at maximum temperature until golden (about 15-20 minutes)
3) take the tray out of the oven
4) put sugar in a saucepan, then pour water into it and mix the ingredients
5) put the pan on the stove at maximum temperature and wait for the sugar to caramelize (DO NOT mix the ingredients anymore!), it takes about 3-5 minutes
6) when sugar is no longer foamy and is fluid and golden, carefully pour over it the roasted peanuts in a uniform layer
7) wait for the caramelized sugar to harden and pralines to cool to room temperature
8) break the praline block into pieces of the desired size and use them as a dessert or to garnish homemade cakes

➡️ What are French pralines? ❓

The French are known for their fine cuisine, but they are also known for their fine pastries. One such pastry is praline, which is a deliciously sweet candy made from caramelized sugar, nuts, and sometimes chocolate.
Originally from France, pralines have been the favorite of the French for centuries. However, the exact origin of the praline is a bit of a mystery.
The word praline came to refer to any sweet candy made with caramel, but originally praline was a French confectionery made from walnuts, whence the word praline, namely the French word for walnut, “le noyau”.
➡️ Read more about pralines here! 📖

➡️ What’s the difference between French and Belgian pralines? ❓

The first thing many associates with Belgium is chocolate. Maybe it’s because of world-famous pralines and other sweets made in the country.
But pralines can be traced back to France, where they were first made in the Lille region.
Over time, the recipe for French pralines has evolved and changed, and today the two are often referred to as “French” pralines (which are caramelized and rarely have chocolate) and “Belgian” pralines (which are made entirely of chocolate outside).

➡️ What are European pralines? ❓

When most people think of pralines, they think of chocolate sweets, which are so popular in the U.S. But pralines actually come from Europe, where they are often made with caramel instead of chocolate.
So a European praline is a sweet, caramel, soft and chewy candy and often contains nuts. Praline is sometimes called French dragee or candy.
However, authentic French pralines have caramelized sugar and nuts and are rarely covered in chocolate.
On the other hand, Belgian pralines are not caramelized, but are mostly made of chocolate and sometimes contain whole nuts inside or nuts ground in chocolate.

Caramelized pralines are delicacies invented in France to create refined cakes and desserts. The classic, original praline recipe contains only almonds, hazelnuts, or hazelnuts and caramelized sugar. Starting from the authentic version, two new types of pralines are known today – Belgian pralines, which instead of caramelized sugar are made with chocolate, and American pralines, which contain pecans and milk or cream.

Caramelized pralines are used for two purposes. One is to garnish different types of homemade cakes. In this situation, pralines are chopped manually or with the kitchen robot in pieces of the desired size (see my chocolate cake recipe with pralines and truffles and the orange pumpkin cake recipe).

The second goal is to prepare a fast and delicious dessert. In this case, immediately after cooling, you need to break larger pieces of praline from the block and serve them simply in this way. Another possibility is to pour caramel directly into various forms or make lollipops.

The preparation of caramelized pralines does not pose special problems even for those who do not have much experience in making cakes. However, there are two important things to remember: one, do not mix the ingredients while caramelizing the sugar because the mixture becomes watery and two, be very careful when pouring caramel over the hazelnuts because it is very hot and can cause severe burns!