Elegant cold appetizer recipes 2022 – how to make ham and eggplant stuffed peppers in 8 steps at home.

Learn in this video how to make ham and eggplant stuffed peppers by busing an elegant cold appetizer recipe from scratch!

👌 How to make cold stuffed peppers from scratch – video 📺

➡️ What ingredients do you need to make ham and eggplant stuffed peppers? ❓ 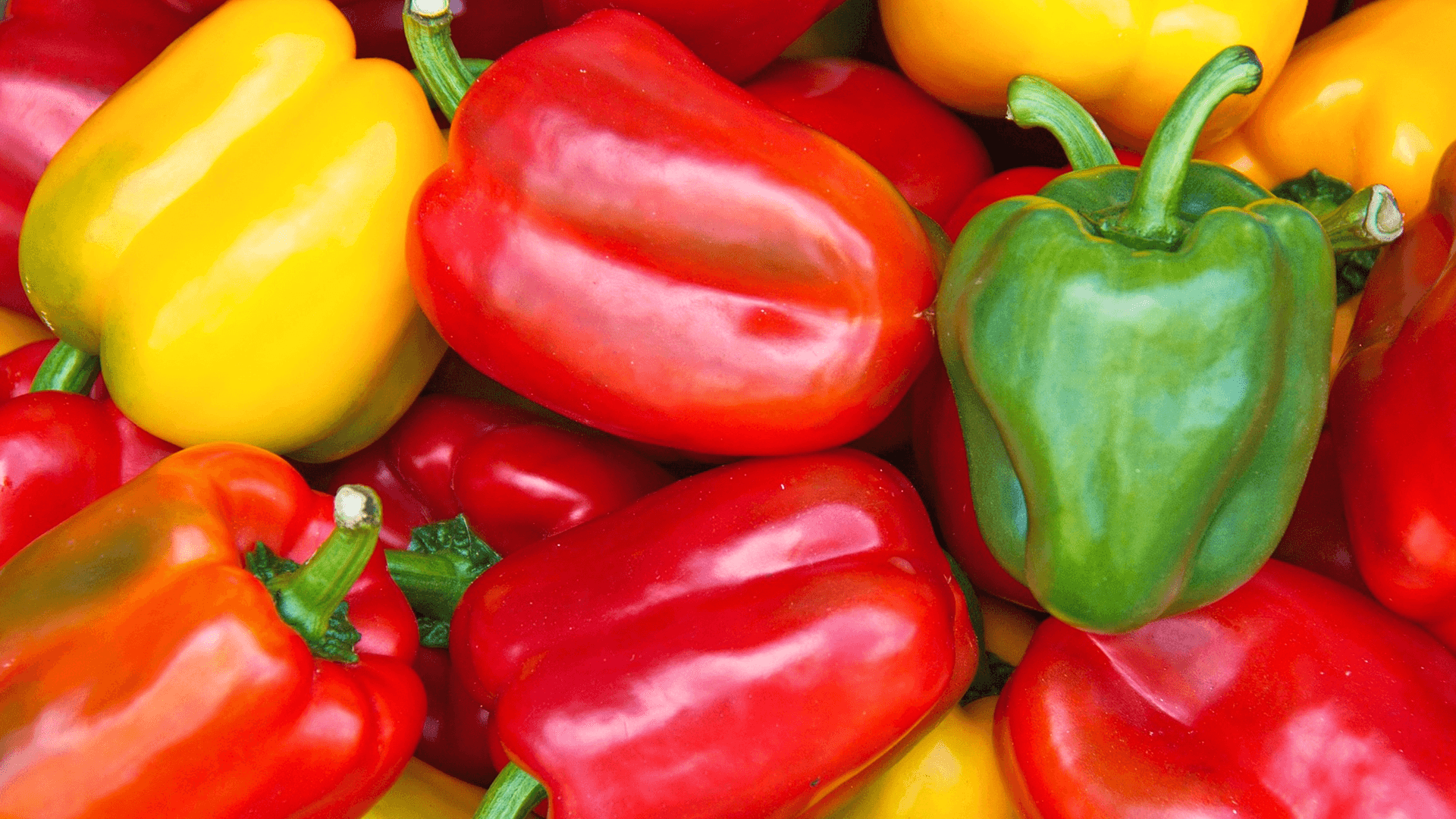 ➡️ How to make ham and eggplant stuffed peppers from scratch? ❓ 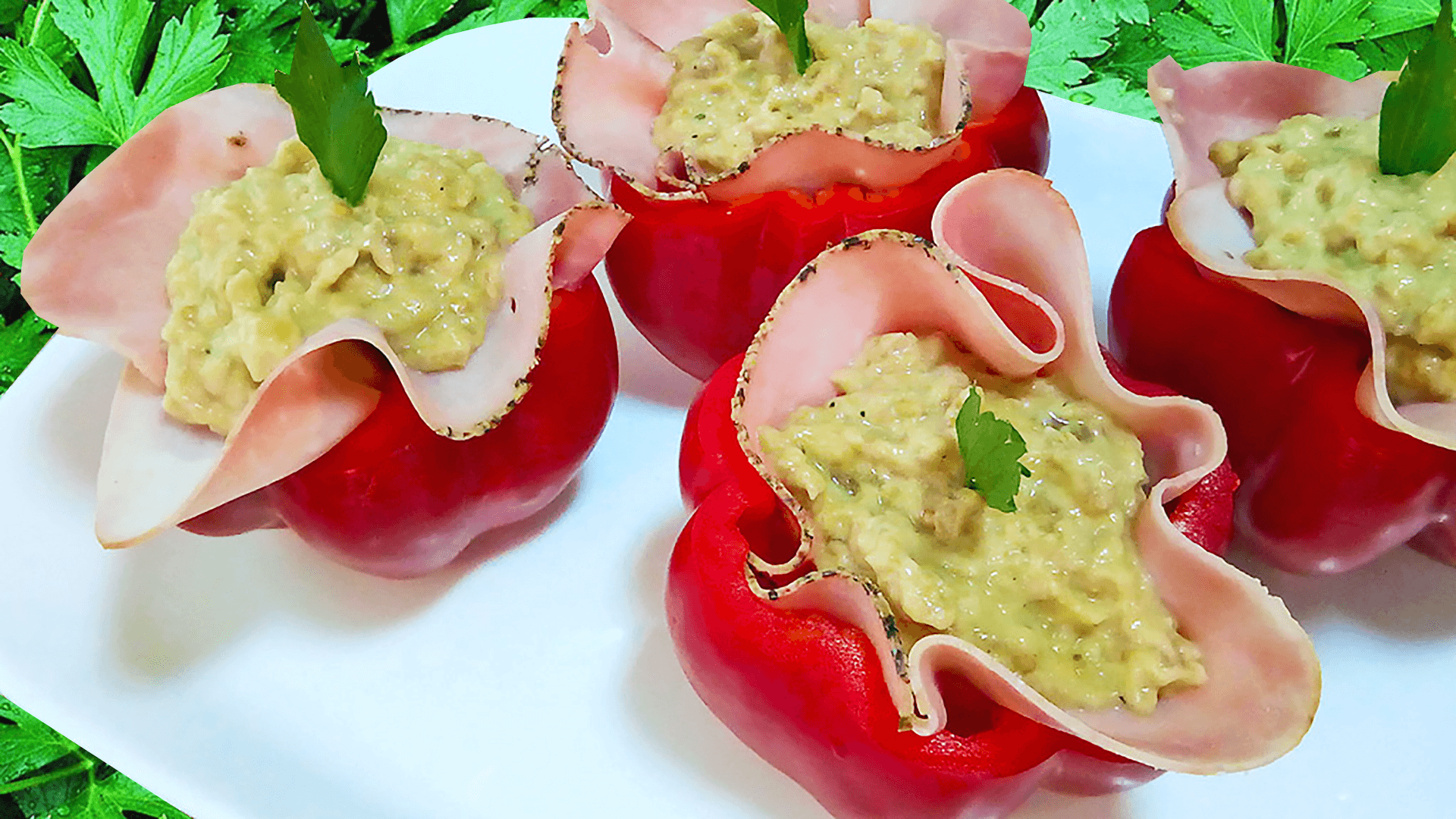 1) roast eggplants and about 500 g/17.5 oz of bell peppers, then wait to cool and peel them off
2) prepare a cold pepper and eggplant salad with mayonnaise (view this roasted eggplant salad recipe) or another eggplant dip
3) cut red bell peppers just like in the video by using a sharp knife
4) remove the stub and seeds from peppers with a tablespoon and pay attention to not perforating them
5) take a ham slice and place it into the red pepper to surround its inner part
6) hold the ham slice firm to not move and fill the pepper with 3-4 tablespoons of eggplant salad
7) garnish the cold ham and eggplant stuffed peppers with some dill or parsley leaves or to taste
8) put these cold appetizers in the fridge for at least 1 hour before serving (recommended)

➡️ Tips for the ham and eggplant stuffed peppers recipe 🔎

Cold appetizer recipes are more and more popular nowadays all throughout the world. This is, probably, because people like to eat more refined foods and socialize at home with their friends.

Some of the most appreciated cold appetizers are stuffed peppers and tomatoes. This type of finger food is very easy to make and ready for serving in a short time.

Also, these appetizers are simply delicious and don’t require advanced cooking skills to get perfect results. Hence, it’s not surprising that people prepare cold stuffed peppers and tomatoes with all kinds of stuffing!

Of course, there are lots of cold stuffed peppers variations. Some of the most-often used fillings to make stuffed bell peppers are sweet cheese and roasted eggplant salad.

Roasted eggplant salad or eggplant dip is among the favorite salad appetizers in many countries including those from Eastern Europe and the Middle East.

Regarding the ham, its use is not mandatory. However, I recommend following exactly the recipe because the results are extremely spectacular! Plus, the appetizers are very, very tasty!

In this video, I’ve used a black pepper-coated pork ham. Of course, you can use any type of ham you like. The only thing you should pay attention to is to use large ham slices that completely surround the inner part of the peppers.

Regarding serving, most often I make a separate platter with ham stuffed peppers because in this way are more visible and attract all eyes. Sure, after tasting them, the platter empties quickly, so you should have another one at hand to replace it immediately!

Other times, I combine on the same platter this kind of stuffed pepper and yellow bell peppers stuffed with cream cheese. Needless to say, many other combinations are possible.

If you want to read more about different types of appetizers go here!