Learn in this cooking video how to make roasted red pepper sauce from scratch using a tasty and easy bell pepper sauce recipe for dipping!

Do you like roasted pepper sauce? Write your reasons briefly!
0
Please leave feedback on this!x 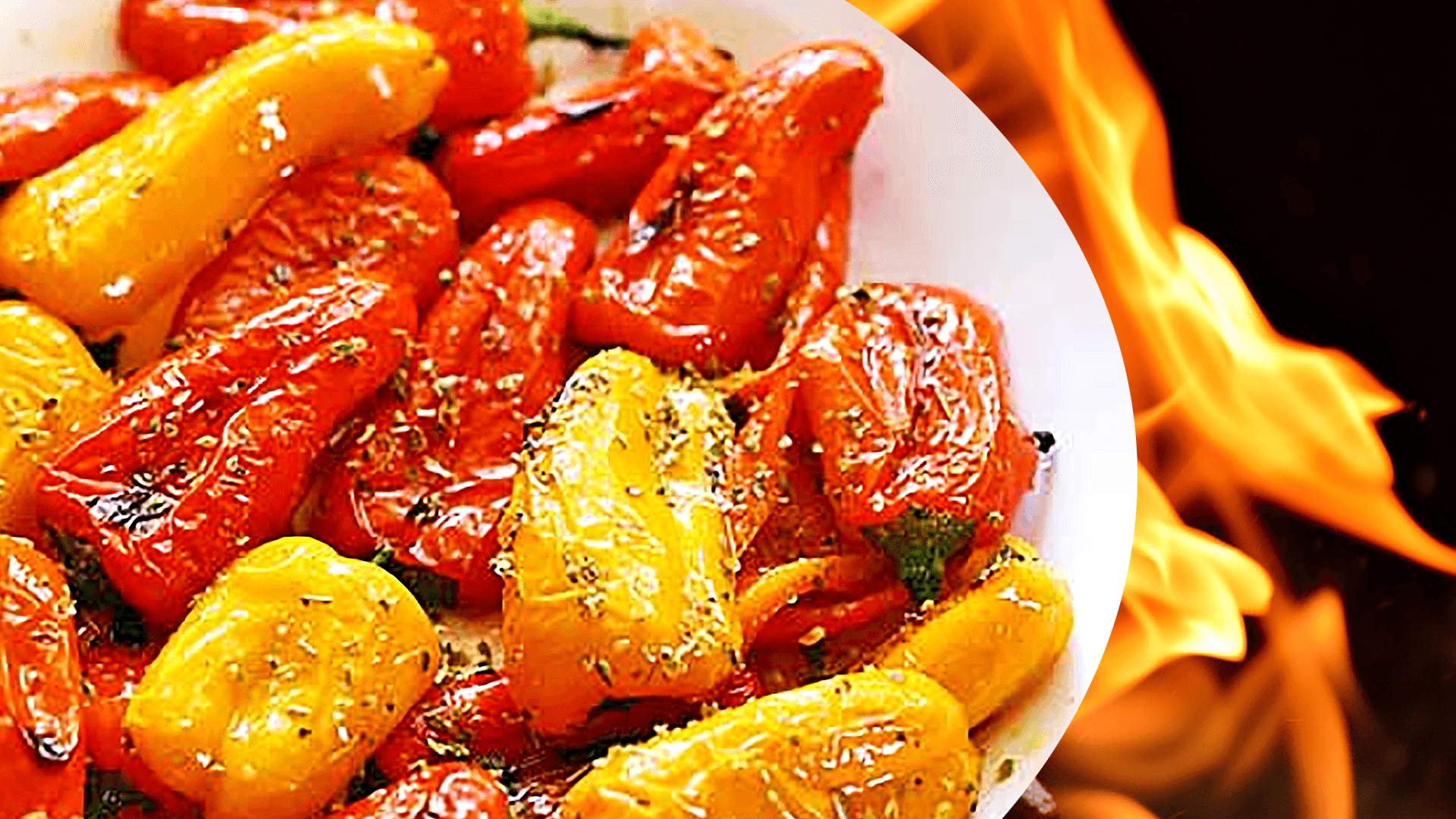 ➡️ What ingredients do you need for the roasted red pepper sauce? ❓ 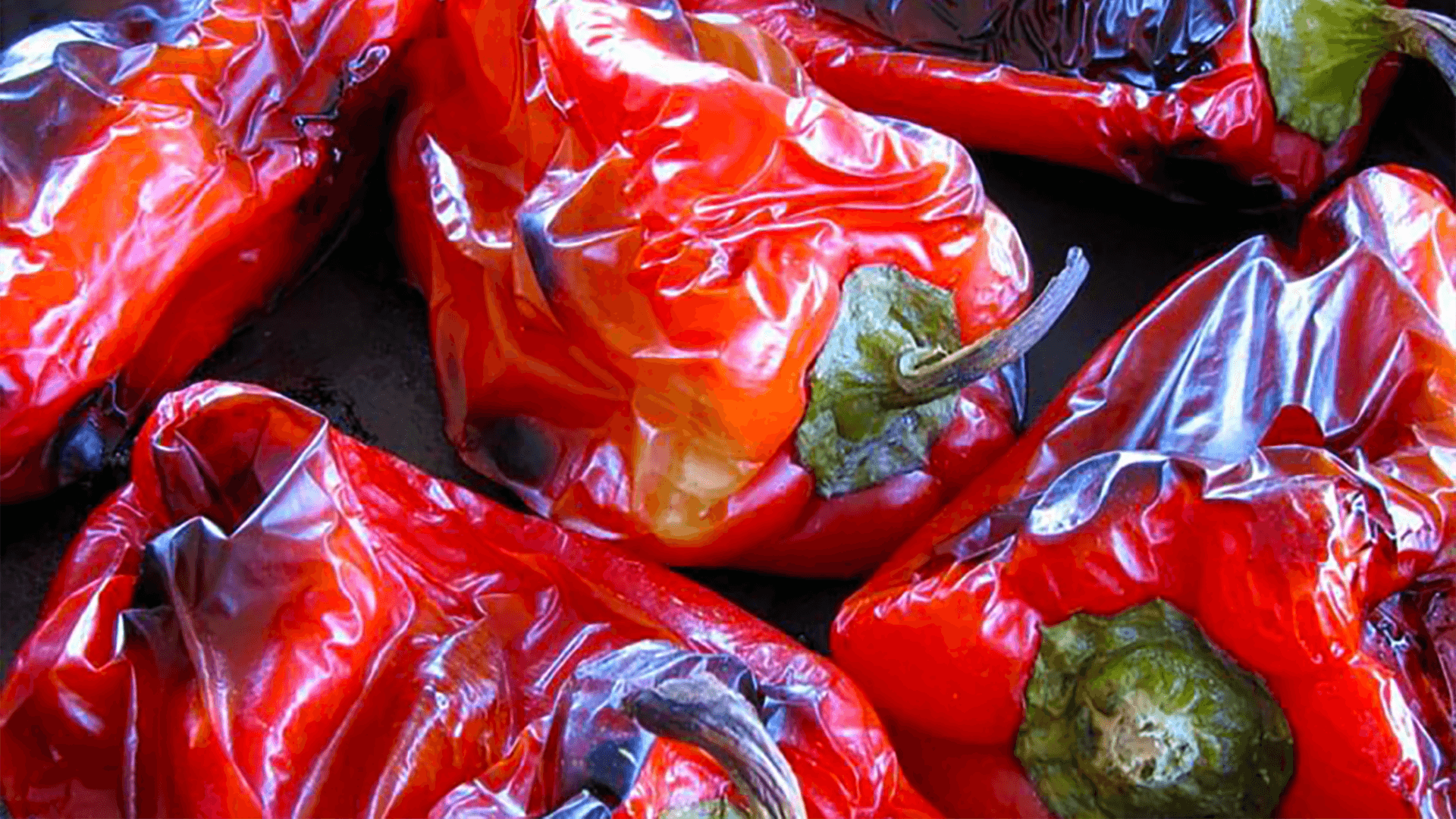 ➡️ How to make roasted red pepper sauce from scratch? ❓ 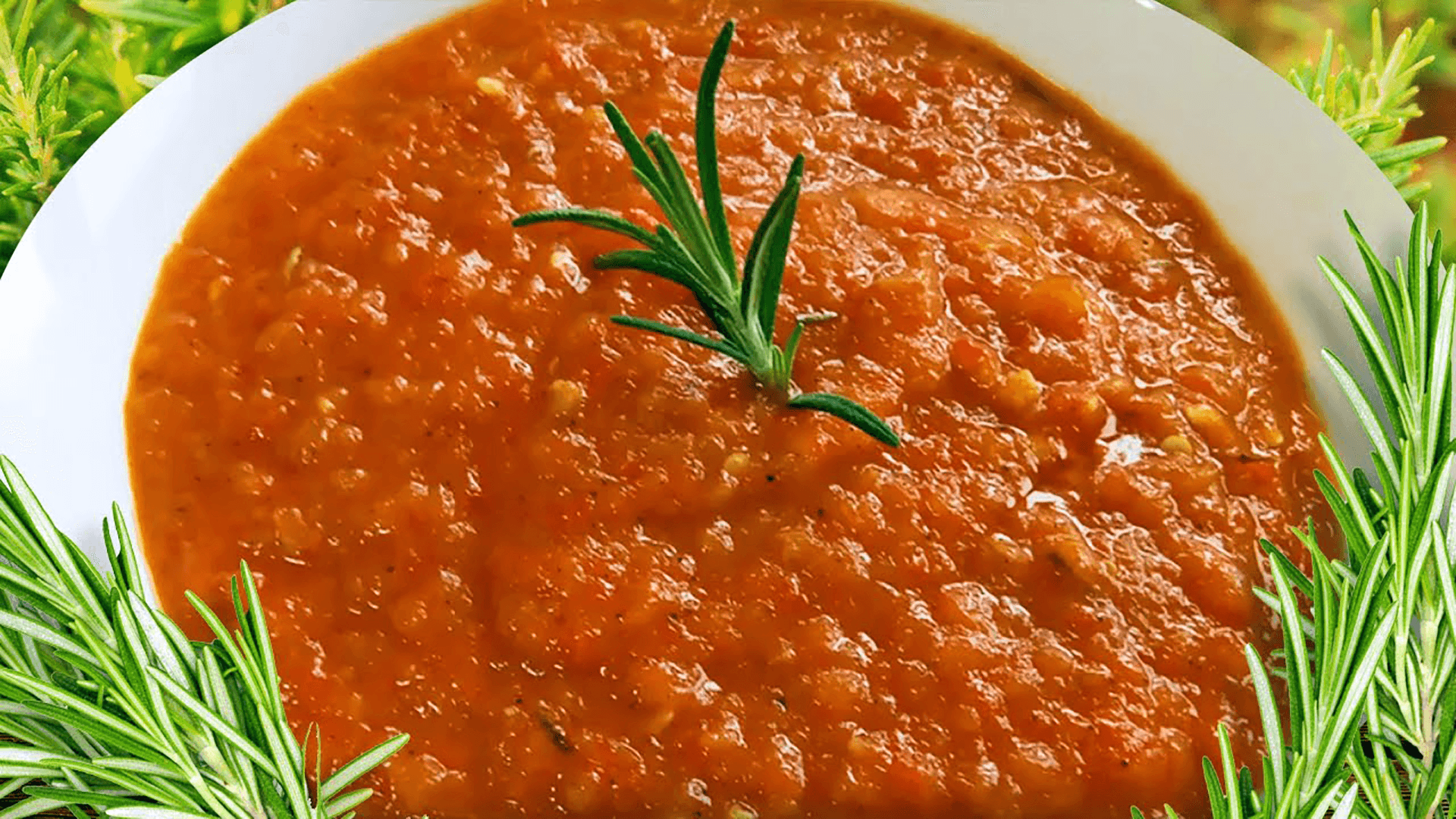 1) roast bell peppers on the grill or bake them in the oven, wait to cool to room temperature, then peel them off, and remove seeds and stubs
2) chop very finely the roasted peppers using a food processor or by hand
3) place butter into a saucepan, add chopped garlic, and roast it over a medium-high temperature for about 3 minutes
4) add some salt to taste and the chopped peppers, mix ingredients, and reduce temperature to a medium-low level
5) add some ground black pepper and dried rosemary, combine ingredients, and simmer them until the sauce lowers and become slightly creamy (about 5-10 minutes)
6) add brown sugar and some apple cider vinegar to taste, mix, and boil further just until the sauce starts bubbling, then turn the stove off and serve the roasted red pepper sauce as desired

Roasted peppers are used to cook various tasty dishes and one of the most popular recipes is the roasted red pepper sauce. It is used as a dipping sauce for different food types such as fish, chicken, pork, pasta, and more.

The most common bell pepper type for cooking this sauce is red pepper because of its sweet taste, but any other bell pepper variety can be used.

Cooking the roasted red pepper sauce is very easy and requires a short time, especially when youțre going to use frozen or canned roasted peppers.

Regarding the preparation of peppers, I prefer to roast them on the charcoal or wood grill whenever I have the opportunity for the smoky taste that gives a special note to the sauce. If the weather does not allow you or you do not have a grill at hand, the peppers can be baked in the oven on baking paper. The taste is very similar, except for the smoky touch.

My recipe for the roasted red pepper sauce is based on a sauce of Mediterranean origin. It is prepared similarly, with small local variations, in countries such as Italy, Greece, or Spain.

The predominant aromas in the sauce are rosemary and garlic. You can adjust the amount used according to your taste and the dried rosemary can be replaced with a sprig of fresh rosemary if you have it at hand, which is then removed from the sauce after it has dropped.

The final taste of the sauce is sweet and sour and the use of sugar and apple cider vinegar aims to change it according to personal preferences. Don’t forget to keep in mind that red bell pepper is sweet.

The bell pepper (also known as sweet pepper, pepper or capsicum /ˈkæpsɪkəm/)[1] is the fruit of plants in the Grossum cultivar group of the species Capsicum annuum.[2][3] Cultivars of the plant produce fruits in different colors, including red, yellow, orange, green, white, and purple. Bell peppers are sometimes grouped with less pungent pepper varieties as “sweet peppers”. While they are fruits—botanically classified as berries—they are commonly used as a vegetable ingredient or side dish.

The most common colors of bell peppers are green, yellow, orange, and red. Other colors include brown, white, lavender, and dark purple, depending on the variety. Most typically, unripe fruits are green or, less commonly, pale yellow or purple. Red bell peppers are simply ripened green peppers,[9] although the Permagreen variety maintains its green color even when fully ripe. As such, mixed-colored peppers also exist during parts of the ripening process.

Use as a food

Like the tomato, bell peppers are botanical fruits but culinary vegetables. Pieces of bell pepper are commonly used in garden salads and as toppings on pizza or cheesesteaks. There are many varieties of stuffed peppers prepared using hollowed or halved bell peppers. Bell peppers (and other cultivars of Capsicum annuum) may be used in the production of the spice paprika.

Technically a fruit, red peppers are more common as a staple in the vegetable produce section. They’re also an excellent source of vitamins A and C. Each half-cup of raw red pepper provides you with 47 percent of your daily recommended intake of vitamin A and 159 percent of your vitamin C.

Vitamin C is a powerful antioxidant that fights cell damage, boosts immune system response to microbes, and has an anti-inflammatory effect. Red peppers are rich in vitamin c, though roasting them reduces their vitamin C content by up to 25 percent.

The vitamin A and beta-carotene in red peppers offer good support for your overall vision and eye health. Vitamin A is also helpful in supporting skin cells, healing wounds, and boosting white blood cell growth.

Red peppers are a rich source of several vitamins, minerals, and antioxidant compounds. Interestingly, red bell pepper is also the only Capsicum variety that contains little to no capsaicin—the compound responsible for spiciness.