Easy homemade pizza recipes 2022 – how to make Sicilian pizza from scratch in 16 steps at home.

Easy food recipe to prepare a homemade pizza with simple and tasty ingredients like tomato, onions, and cheese.

Learn in this cooking video how to make the Sicilian pizza at home using a yummy and easy homemade pizza recipe from scratch!

ENJOY cooking Italian food from scratch! 👌
0
Did you ever make pizza?x
What is cooking?

👌 How to make Sicilian pizza from scratch – video 📺

➡️ What ingredients do you need to make Sicilian pizza? ❓

➡️ How to make Sicilian pizza from scratch? ❓ 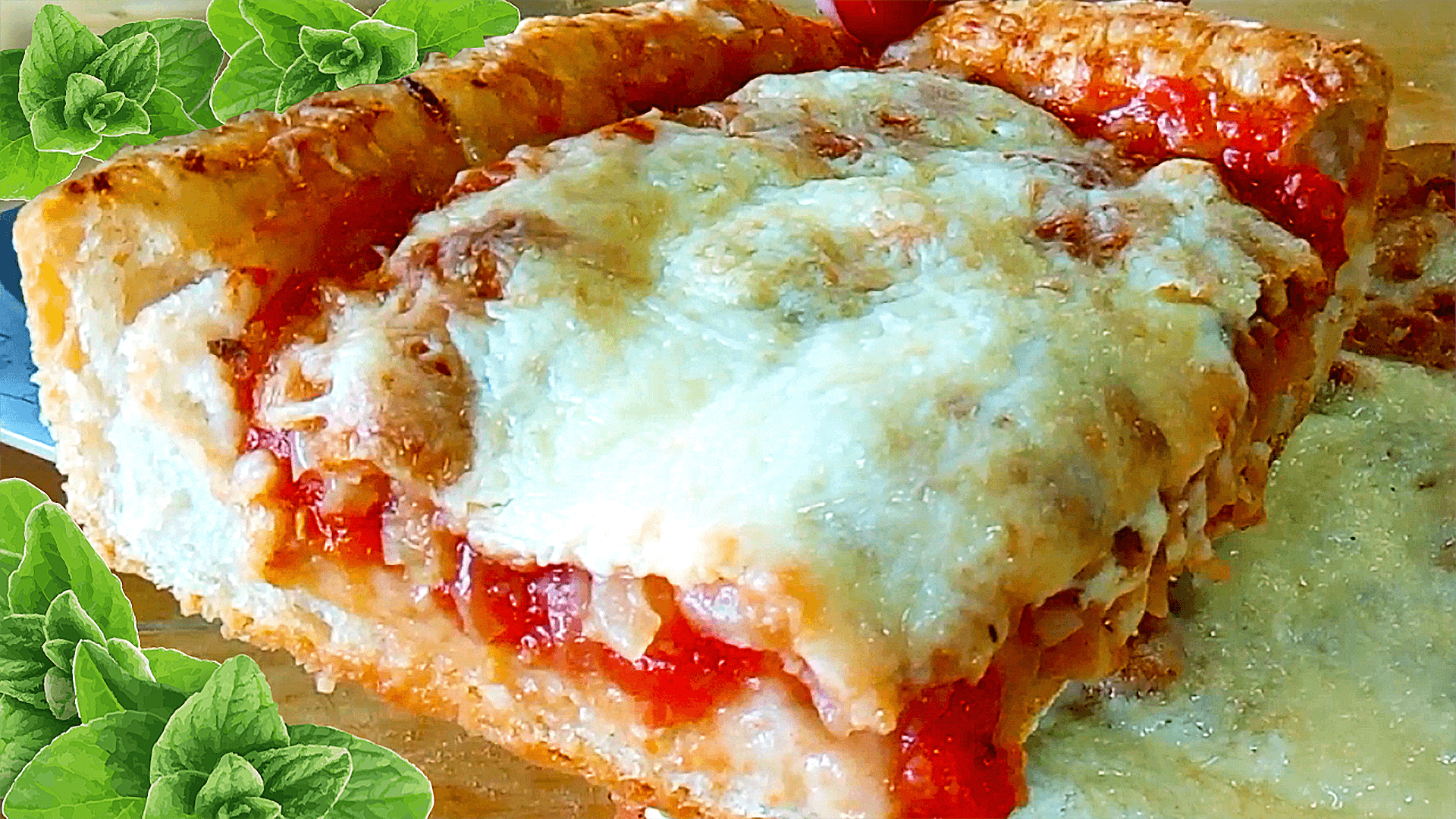 1) prepare yeast pizza dough at home or unpack pizza dough bought from the store
2) peel onions off and wedge them
3) pour about 2 spoons of olive oil into a frying pan, then place the pan on the stovetop over medium temperature
4) place wedged onions into the pan when oil is hot, then fry onions until golden
5) meanwhile, pour 1 spoon of olive oil into a 24×36 cm/9×14 inches tray and brush its surface all over including the edges
6) sprinkle 1 spoon of flour into the tray and spread it into a thin layer, then remove excess flour from the tray
7) put pizza dough into the tray and spread it into a layer, make a dough border of about 1 finger width and 1 finger high along the edges
8) place tomatoes into the tray and spread them into a layer
9) place fried onions over tomatoes into a layer
10) season pizza with salt and ground black pepper to taste
11) place some basil or oregano leaves into the tray or sprinkle all over some dried oregano or basil
12) sprinkle breadcrumbs all over into a layer
13) make a layer of grated cheese on the tray
14) place the tray in the preheated oven at 200 C/390 F and bake the Sicilian pizza until golden on top
15) stop the fire in the oven and leave the tray inside for about 15 minutes before serving
16) take the tray out from the oven and slice pizza up into about 8 servings

Pizza is a dish of dough, usually topped with tomato sauce and cheese, that is baked or steamed.
It is usually served hot, but can also be served cold. Pizza is a staple of the Italian-American diet and is also popular in other countries, such as Ireland and New Zealand.
In the United States, pizza is often associated with the word “pizza”, but the word is also used to refer to other dishes that use a similar method of baking a dough topped with sauce and cheese.
There are many different types of pizza, which vary by location. The most common pizza found around the world is the cheese pizza, which is topped with cheese and baked. Other common pizza toppings are ham, bacon, onions, and various vegetables.
In the United States, pizza is most commonly eaten as a lunch or dinner dish. It is usually eaten by hand and is often folded into a box shape to facilitate transportation and storage.
Even if it’s eaten all over the world, pizza is considered a “national” food in Italy, but also in the United States and Canada.

➡️ What is Sicilian pizza? ❓

There is a very particular way of making pizza in Sicily, the southern Italian island which is considered the birthplace of pizza.
Unless in other parts of Italy where the pizza dough is thin, the Sicilian pizza involves a thick, doughy base that is topped with anchovies, tomatoes, olives, and capers, then is baked in the oven.

Pizza is nowadays one of the most popular foods, so it’s not surprising that homemade pizza recipes gained very much in popularity in the last few years.

Homemade pizza is really easy to make even for people with very basic cooking skills. Everyone can prepare pizza dough at home or can find easily a pizza base in the store to save more time.

There are lots of Italian pizza recipes that people like. Some of them, like Sicilian pizza, are especially popular in the United States.

Sicilian pizza recipe is one of the simplest pizza recipes, so it can be made at home with ease.

There are two specific things that characterize Sicilian pizza: one is the thick and fluffy pizza dough, second is the rectangular shape.

So, in order to make the Sicilian pizza recipe at home, you need a pizza dough with yeast (pizza crust without yeast is not suitable for this pizza recipe) and a basic baking tray that usually everyone has at hand.

The Sicilian pizza recipe presented on this page is very close to the authentic sfincione, which is the typical Sicilian pizza from Palermo, the capital of Sicily.