How to Cook Sausage & Potato Paprikash | My Easy Paprikash Recipes #251

Learn in this cooking video how to make authentic Hungarian paprikash from scratch using a tasty and easy sausage and potato stew recipe from Hungary!

➡️ What ingredients do you need for the sausage & potato paprikash? ❓ 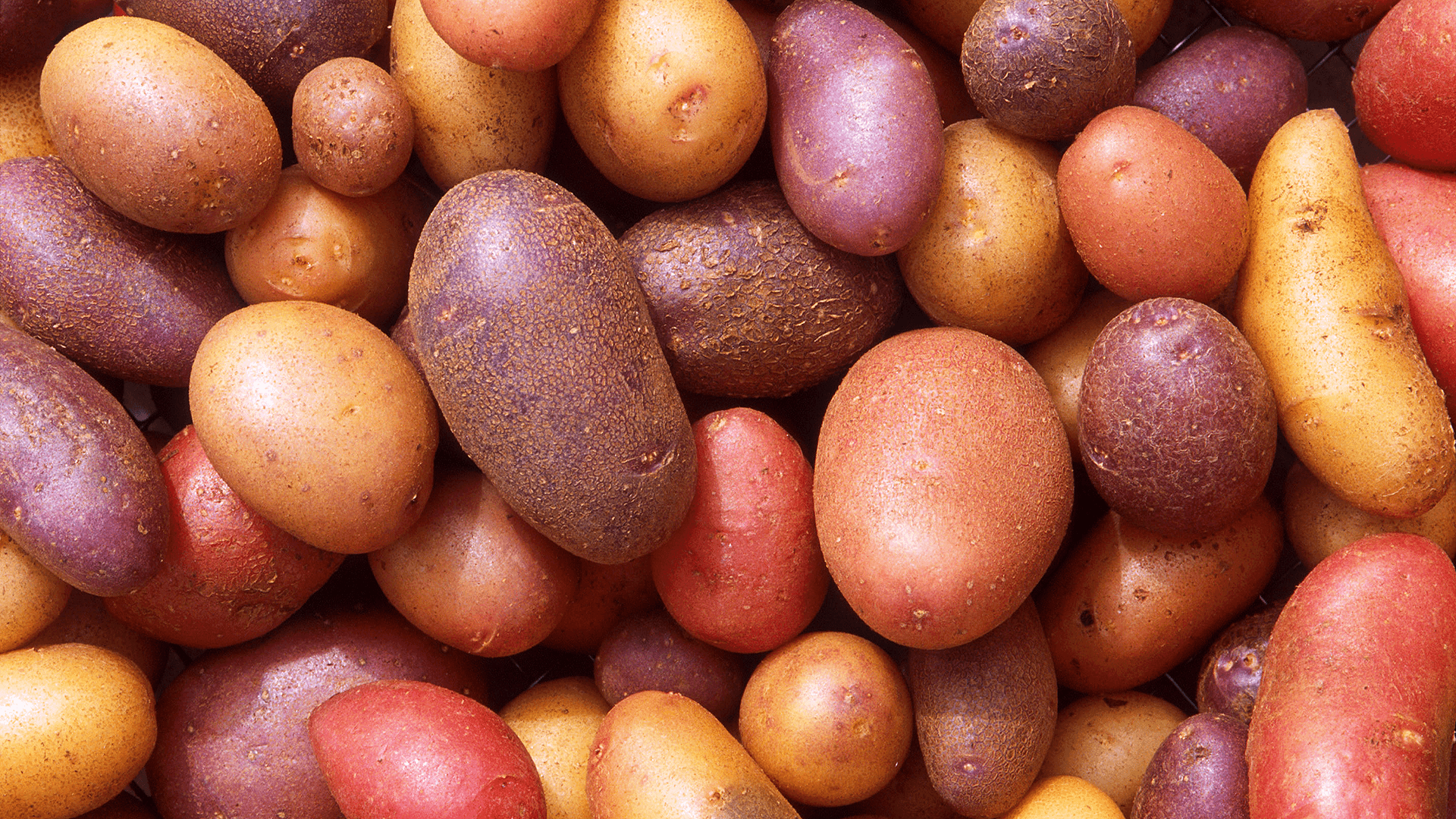 ➡️ How to make sausage & potato paprikash from scratch? ❓ 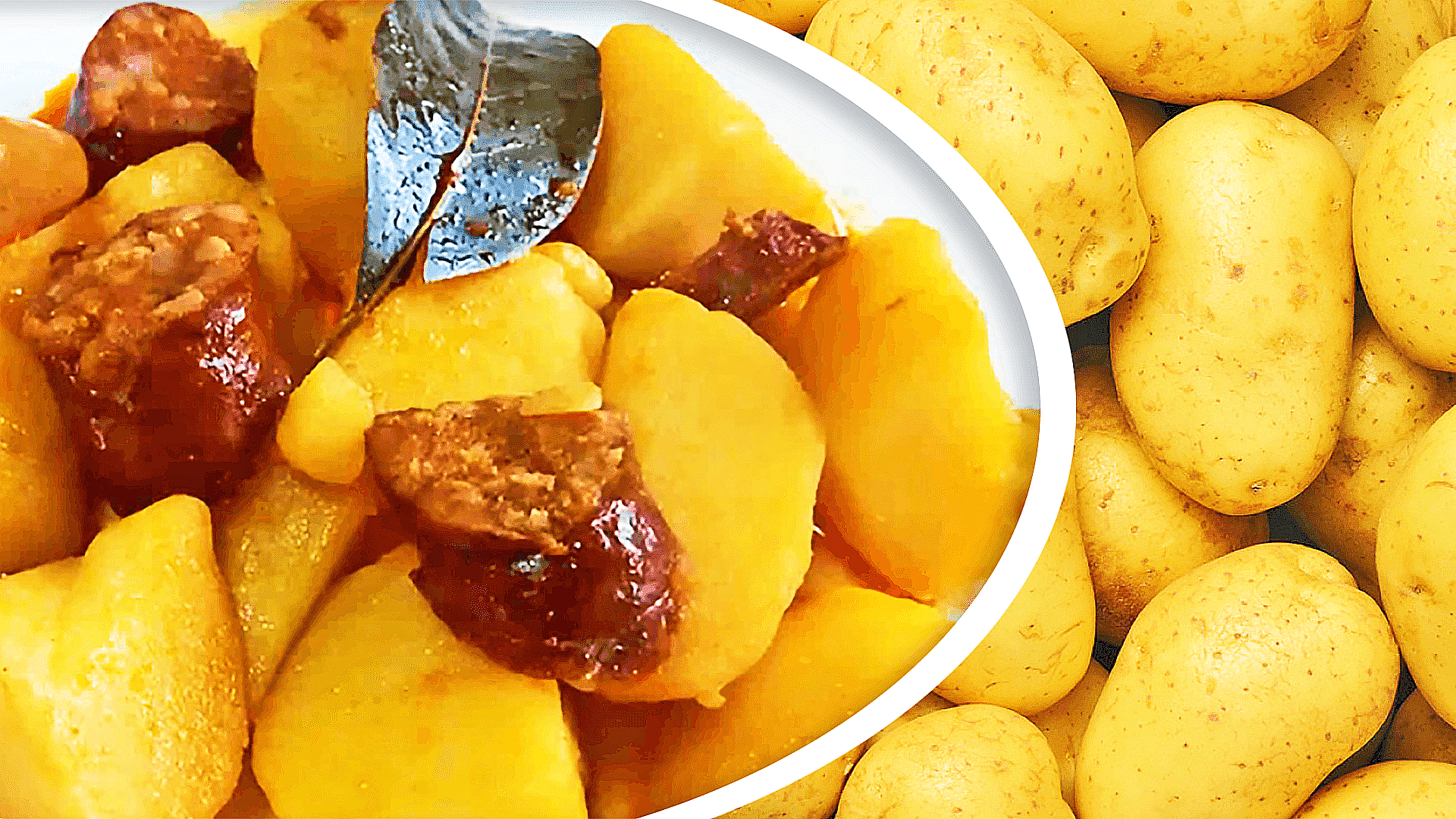 1) peel and cut onions into thin wedges
2) place oil into a tall pot, wait to heat up, then add onions to the pot
3) season with some salt to taste and fry onions over a very high temperature until glassy or slightly golden (about 3-5 minutes)
4) add the paprika to the pot and continue frying ingredients for about 30 seconds while stirring continuously to avoid burning and sticking to the bottom
5) pour about 1l/35 fl oz of lukewarm water into the pot to stop frying, then put potatoes inside
6) fill up the pot with water to about 2/3 of its volume and add black peppercorns and dried bay leaves
7) when the water starts bubbling, reduce temperature and add sausage slices to the pot
8) boil the paprikash over medium-low temperature until potatoes are soft and the water lowers (about 30 minutes)

Along with goulash, paprikash is one of the two emblematic dishes of Hungary that have become popular all over the world. Most of you have heard of them and many of you know what they mean. Those unfamiliar with paprikash are asked to read more information at the bottom of the page.

Of course, most people know about the chicken paprikash, which was the first version created. However, in Hungary paprikash is also cooked from other ingredients, such as pork, lamb, and veal.

Apart from the type of meat used, paprikash is characterized by small flour dumplings typical of Hungarian gastronomy. Most paprikash recipes include them in the ingredients, but there are also recipes that replace them with potatoes.

I have already published the original chicken paprikash recipe on this website (see link below). On this page, I share a smoked sausage and potato paprikash recipe that is popular in some regions inhabited by Hungarians and especially in regions of Banat and Transylvania, which today no longer belong to Hungary.

The smoked sausage and potato paprikash appeared, probably, in the countryside where people raised pigs and prepared typical Hungarian sausages which were smoked to be kept over the winter.

Having this dish at hand and many potatoes, which are a staple food in Central and Eastern Europe, came the natural idea of cooking smoked sausage and potato paprikash.

I have Banatian origins and come from a family with Hungarian and German roots, so as a child I often enjoyed this food. It was cooked especially in winter because then my grandparents had sausages in the pantry in abundance, which seemed to be waiting to be combined with potatoes and to contribute to a very tasty and filling meal that made the frost outside forget!

As you can see in the video, the smoked sausage and potato paprikash recipe is very simple and does not require detailed explanations to get the best results.

However, I will emphasize one very important thing, which is valid for any paprikash recipe: the amount of water should not be excessive because then the potatoes will absorb too much of it and the food will have an unpleasant texture and a bland taste. When you fill the pot up, the water should not exceed the rest of the ingredients by more than two fingers. If you need to add more water during cooking, add only small amounts.

One more tip when you cook smoked sausage and potato paprikash. While you serve the dish, crush the potatoes on the plate with the fork. They will make with the sauce a kind of mashed potatoes which are exceptionally delicious in combination with the smoked sausage!

Finally, the smoked sausage and potato paprikash goes very well with pickles and sauerkraut, so I recommend serving them together.

“Paprikash” comes from the Hungarian word for paprika, and describes a range of stew-like dishes made with meat, onions, lots of paprika, and sour cream. Tomatoes are not found in the authentic Hungarian dish, which gets all of its red-orange hue from paprika, but you will hardly find a paprikash anywhere in American that does not include tomatoes. Though chicken seems to have been the original meat used in paprikash, lamb, pork and especially veal are also used, and mushrooms make a good meat substitute for vegetarian versions. Traditionally, chicken paprikash is served with dumplings, but wide noodles have now become equally common.

Paprikash is one of the few dishes in the world that takes its name from a spice – in this case, the spice that became the backbone of Hungarian cuisine. Originally imported from Turkey, the peppers that are dried and ground into paprika have been grown in southern Hungary for nearly 500 years.

In America, paprika comes in two varieties, sweet and hot. In Hungary, where growers and manufacturers blend paprika with the care of vintners blending grapes for wine, there are seven official gradations.

If you want to make paprikash, goulash, or any other dish involving paprika and the jar you have has been sitting around for a year or so because you only use it as a garnish, leave the old stuff on the shelf and buy a fresh can of the high quality imported stuff. The taste difference is well worth the relatively small expense.

Potatoes are edible tubers, available worldwide and all year long. They are relatively cheap to grow, rich in nutrients, and they can make a delicious treat.

The iron, phosphorous, calcium, magnesium, and zinc in potatoes all help the body to build and maintain bone structure and strength.

Iron and zinc play crucial roles in the production and maturation of collagen.

Phosphorus and calcium are both important in bone structure, but it is essential to balance the two minerals for proper bone mineralization. Too much phosphorus and too little calcium result in bone loss and contribute to osteoporosis.

A low sodium intake is essential for maintaining a healthy blood pressure, but increasing potassium intake may be just as important. Potassium encourages vasodilation, or the widening of the blood vessels.

The potato’s fiber, potassium, vitamin C, and vitamin B6 content, coupled with its lack of cholesterol, all support heart health.

Read more on How can potatoes benefit my health? (https://www.medicalnewstoday.com/articles/280579)