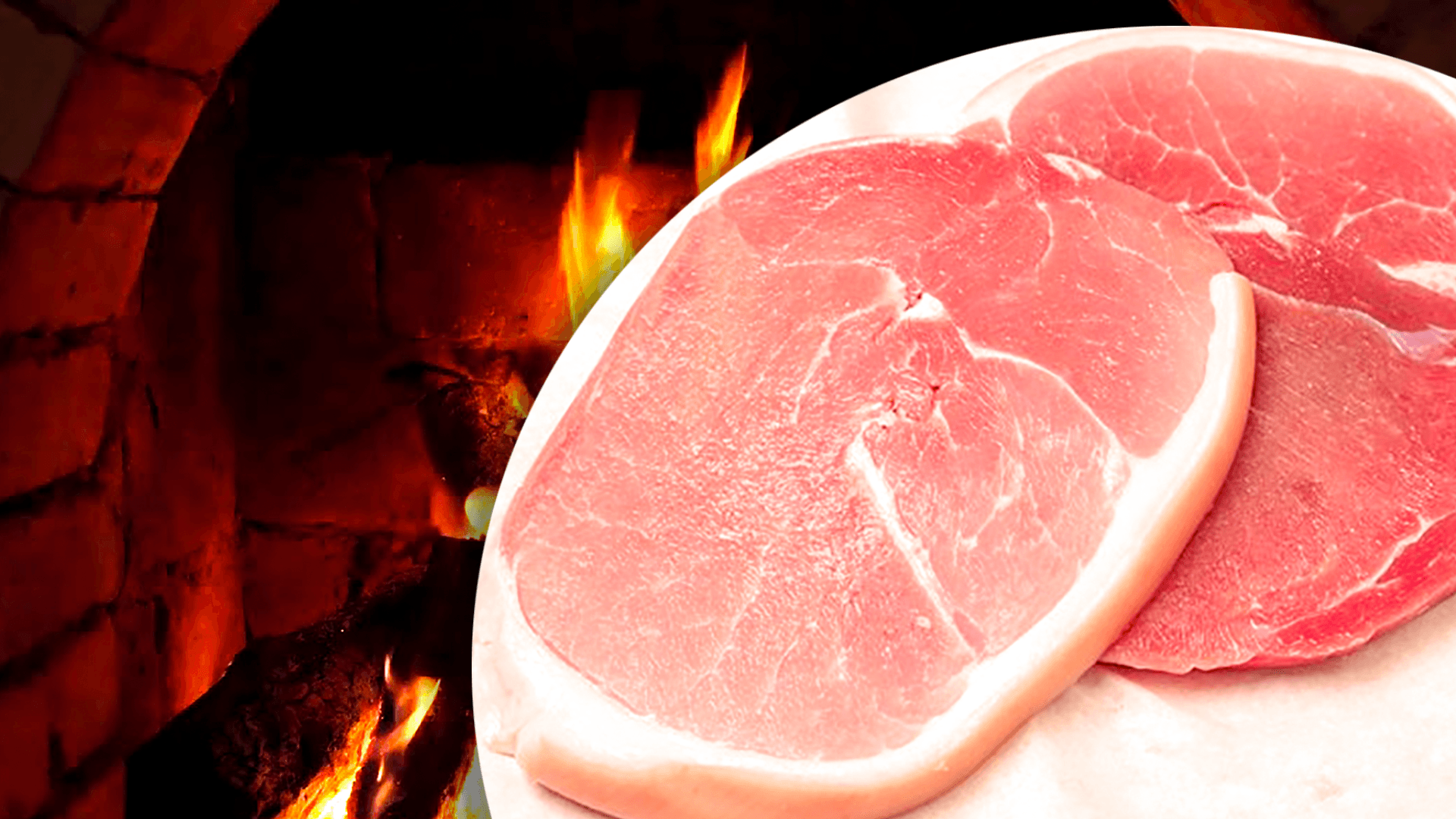 One of the best fresh pork ham roast recipes you’ve ever cooked!

➡️ Looking for easy fresh pork ham steak recipes in 2022? On this site, you’ll find out how to make fresh ham roast in the oven at home in 7 steps.

➡️ Using my easy roasted pork ham steak recipe enables you to learn how to cook a fresh ham in the oven with a marinade prepared with simple and tasty ingredients.

➡️ Watch the cooking video below and learn how to make fresh pork ham roast in the oven using a simple and delicious pork ham steak recipe from scratch!

What is pork ham?

➡️ Ham is a cut of pork that comes from the hind leg of a pig. A bone-in, whole ham is a cut of meat that includes the ham bone and the entire leg of the pig. Pork ham can be cooked fresh or cured. When it comes to processed meats, the term “ham” can refer to both whole cuts of meat and ones that have been mechanically formed.

What is a pork roast?

➡️ The term pork roast can refer to several different cuts of pork that can be roasted. These include the loin roast, shoulder roast, butt roast, blade loin roast, pork tenderloin, sirloin roast, crown roast, and rolled ham roast. Each cut has its own unique flavor and texture that makes it ideal for roasting. The internal temperature of the meat should be 63°C/145°F before it is considered done. At this temperature, the meat will be slightly pink in the center and safe to eat. A roast is generally considered well-done when its internal temperature reaches 68°C/155°F.

What ingredients do you need to make fresh pork ham roast?

How to make fresh pork ham roast from scratch?

1) place the fresh pork ham on a tray
2) make the marinade – chop or crush the garlic, add salt, 1-2 tbsp of oil, ground pepper, cumin, and thyme, then combine well the ingredients
3) add the marinade over the ham, then rub well the meat on both sides
4) cover the ham with foil and put it into the fridge for a couple of hours (recommended for better flavoring)
5) pour some water into the tray and a little oil over the meat (optional)
6) put the tray into the oven and roast the ham at about 180 C/360 F until it’s golden brown, flip it 1-2 times to roast evenly
7) turn the oven off and let the fresh ham roast to rest for about 30 minutes before serving (recommended)

➡️ Many people don’t consider cooking fresh pork ham steak when thinking about the most appetizing pork recipes. This is, probably, because they don’t know how to cook fresh pork ham to get a tender and tasty roast!

➡️ Fresh ham roast in the oven is very tender because of the low temperature used for cooking. Plus, it’s very flavored due to the spices from the marinade. Furthermore, the recipe is easy to make and doesn’t require advanced cooking skills.

➡️ If you’re a passionate foodie, instead of water you can use white wine when roasting the ham in the oven for a more refined taste.

➡️ If the ham slice is thick, I recommend covering the tray with foil and baking the ham in this way for about an hour, then remove the foil and continue as described previously. So, the roast will be very tender and juicy.

➡️ There are some people asking me how to cook a whole fresh ham. Frankly, I don’t recommend cooking the ham in this way unless you have a brick oven where you can make a wood fire because the chunk is too thick, just like the bone. Plus the ham muscle fiber is pretty hard and, therefore, considering all these factors, the roast won’t be tender enough, at least in my opinion.

➡️ As a result, when I cook fresh pork ham roast, I cut the ham across to get 2-3 finger thick slices that are just perfect for roasting. If you can’t do this for any reason, I recommend removing the bone from the ham and then cutting it at least in two halves lengthwise before cooking in the oven.

➡️ Along with the fresh ham roast, you can serve different side dishes like mashed potatoes, boiled potatoes, risotto, and many more.

➡️ When it comes to drinks, a dry or half-dry white or a cold beer match at best this pork ham steak in the oven. 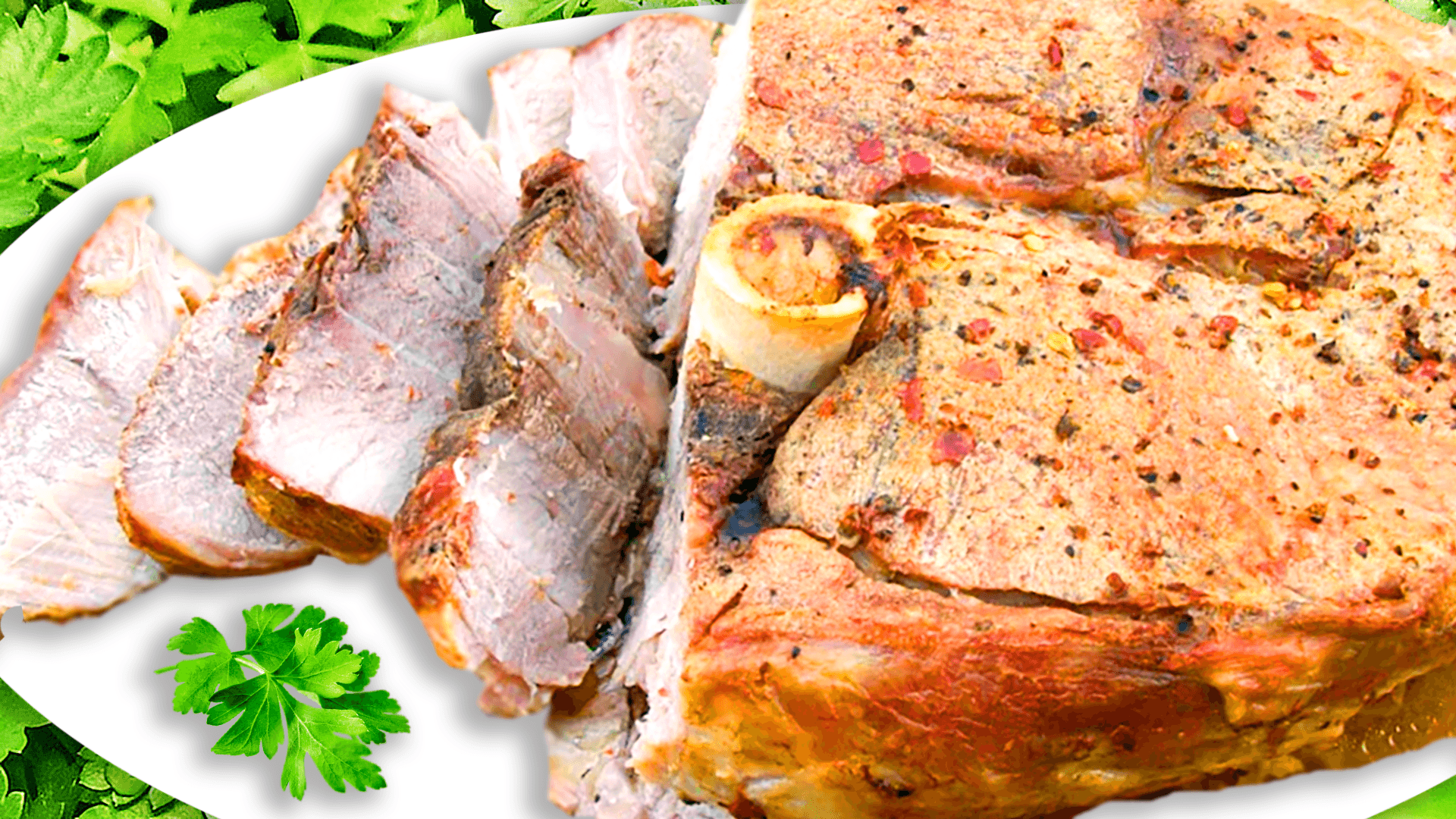 When winter comes and the frost makes you want to eat a hearty meal, I always feel like cooking oven-baked ham steak. Of course, many …
➡️ Read More April 26, 2022
Did you ever cook a Chile Verde recipe or, at least, did you ever hear of this Mexican food? Possibly not, but you should start …
➡️ Read More May 5, 2022
When it comes to the best pulled pork recipes, BBQ pulled pork is my favorite by far. However, this doesn’t mean I don’t like other …
➡️ Read More

May 20, 2022
Have you ever tasted classic Bolognese sauce? I am referring to the authentic Italian sauce from Bologna and not to the American version of spaghetti …
➡️ Read More

Cooking Baked Pork Chops In The Oven For A Tasty Dinner Is A Great Idea!

May 31, 2022
Nowadays, baked pork chops in the oven are very popular for cooking dinners and lunches. There is no wonder, given that the pork chops are …
➡️ Read More 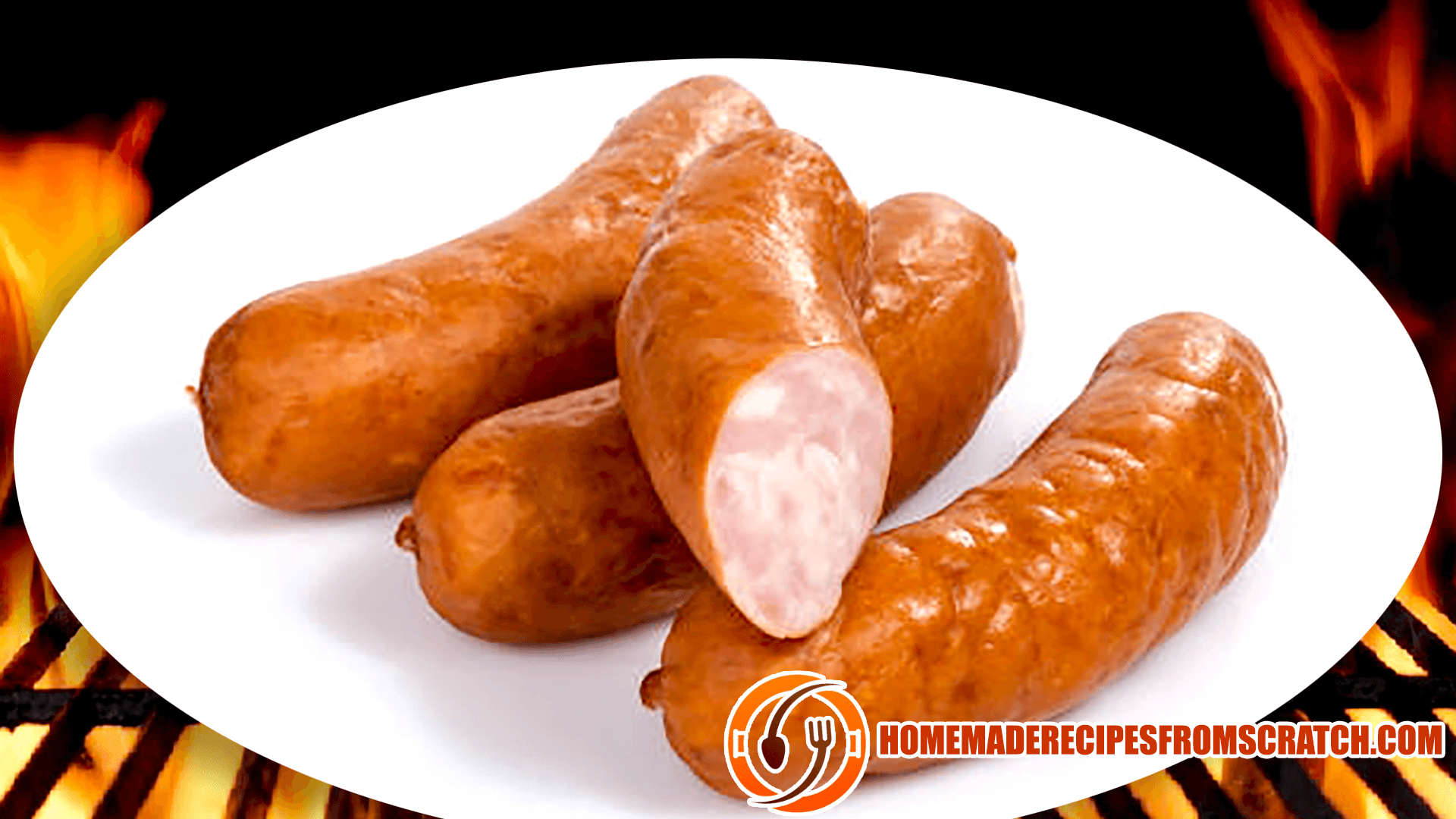 June 9, 2022
Due to my Eastern European roots, I simply love smoked sausages, so cooking kielbasa sausage is a perfectly natural thing for me that often happens, …
➡️ Read More June 21, 2022
BBQ pulled pork sandwiches still tend to be one of the most appreciated sandwiches in some parts of the United States and especially in the …
➡️ Read More
What is home cooking?